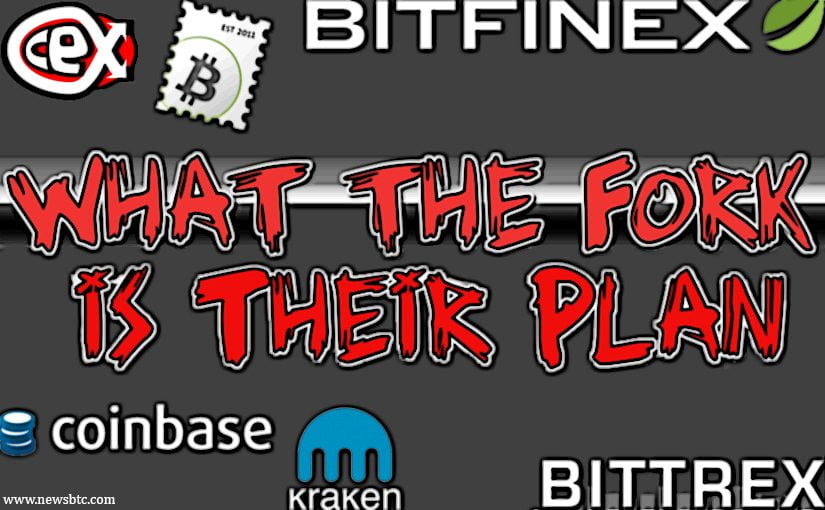 How Exchanges will Plan the Upcoming Bitcoin Fork Segwit2x

With Bitcoin’s Segwit2x fork looming next week it pays to know what the top exchanges are going to do about it. Some are in full support and some are not so welcoming of the new protocol change which will effectively double the block size from 1Mb to 2Mb.

There is essentially a battle raging between the miners and developers of the Bitcoin community. The majority of miners are for it at the moment, their adoption of the new software upgrade after block 494,784, or around November 16, is crucial to its overall success. The decisions made by exchanges will affect all of the end users and investors so analyzing their official statements would be a smart move.

One of the most popular exchanges, Coinbase, has stated that they will fully support the fork and the new version of Bitcoin. The exchange stated that there would be a split into two versions of Bitcoin and currency held on the exchange at the time of the fork will result in the account being credited with the equivalent amount of ‘Bitcoin2x’. It will support trading in both versions of the blockchain but will disable transactions 24 hours before the fork.

Bittrex had yet to make an official statement on their announcement page but they have generally been supportive of previous forks so it is likely that this will continue.

Support at Bitfinex has been very strong, they have even allowed their users to trade futures for the new BT2 coin. The have a lengthy terms and conditions page explaining how the exchange will handle the split: https://www.bitfinex.com/legal/cst/segwit2x

The announcement from Binance was rather vague but did indicate that they would be supporting the hard fork also. “If the hardfork happens, Binance would like to support any meaningful forks. We will decide the coin listing depending on the situation, our priority is to protect our customers funds.”

Cex.io will also be enabling trading in two versions of Bitcoin after the fork and have added the following pairs;  B2X/BTC, B2X/USD, B2X/EUR and B2X/GBP. Gdax has a very similar policy to Coinbase and will credit users with Bitcoin and equal amount of B2X.

No statement has been made from Bitstamp but considering that they did not support the Bitcoin Cash fork it remains to be seen which version they will be running after Segwit2x.

Kraken have also yet to release an official standpoint on the hard fork but they did eventually accept Bitcoin Cash so may well do so with B2X.