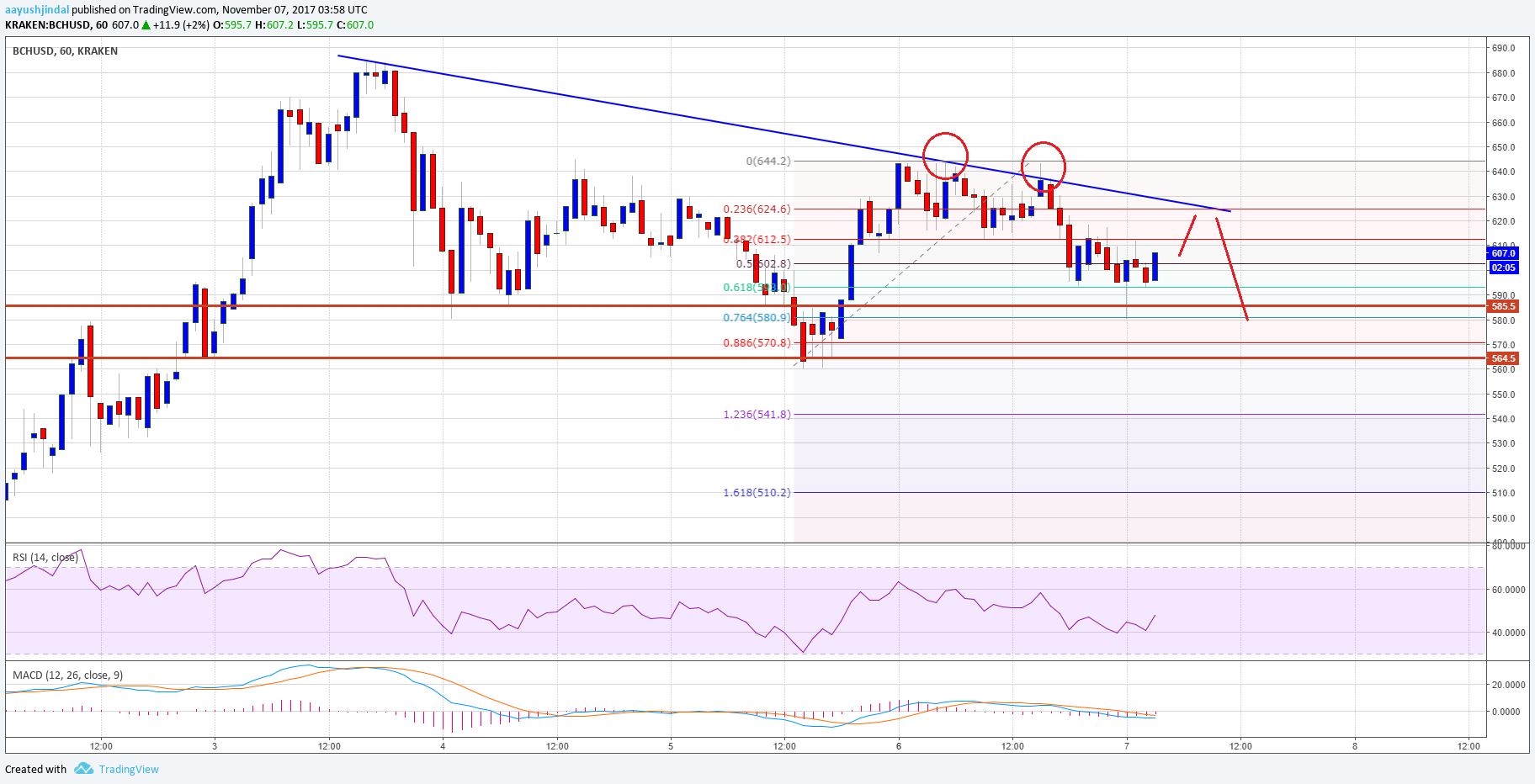 Bitcoin cash price is holding the $580 support against the US Dollar. BCH/USD needs to break the $630-640 levels to gain upside momentum in the near term.

It seems like Bitcoin cash price is correcting lower with a bearish angle below $650 against the US Dollar. However, there are three important supports on the downside – $600, $580 and $560. As long as the price is above these levels, it remains supported for more gains above $650. Recently, the price tested the $560 support zone and recovered toward the $640 level. On the upside, BCH needs to go through the trend line resistance at $620. Then, it has to settle above $640 for more upsides in the near term. With the current trend, there are chances of it testing $700 if the $560 support remains intact.

Hourly MACD – The MACD for BCH/USD is about move back in the bullish zone.