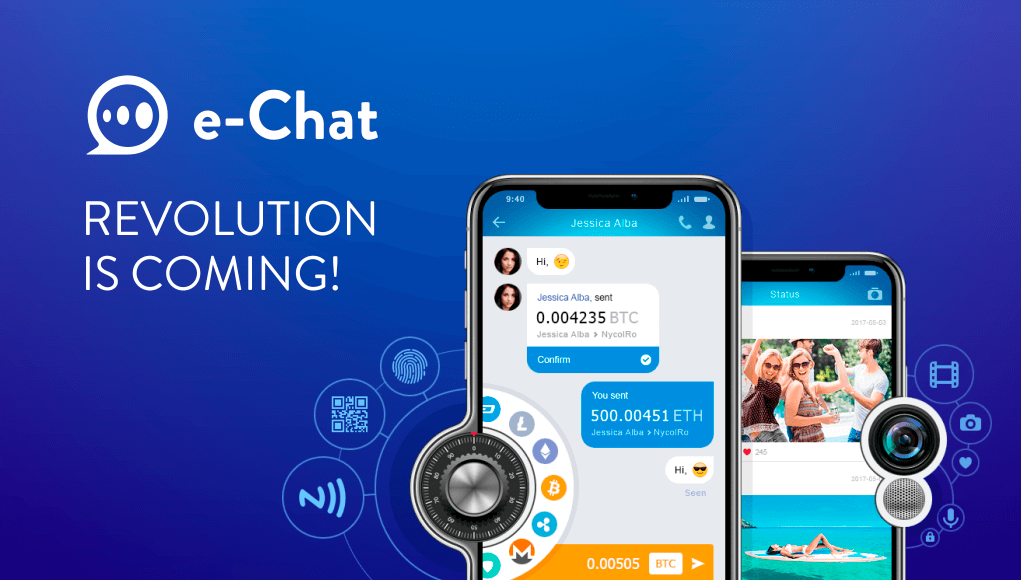 Why All Existing Messengers Except e-Chat Are Out-Dated

Next Article: IBM Plans to Utilize Blockchain for Marijuana Distribution

Everybody has a clear understanding of how the next-generation messenger should look like as has seen the dubious principles of which the leaders of the sector work under in these days. Simply stated, each person is using between 5 to 7 apps at the least, just proves that there isn’t one unique enough that could serve the requirements of all clients. The research is done on the leading messenger apps such as Skype, WhatsApp, Viber, Telegram, Hangouts, Line, and e-Chat.

However, there is a more concerning issue at stake: the current circumstance undermines the correspondence itself. It’s not a secret that the majority of apps for communication are owned and controlled by organizations. Just for the simple fact that this sector is highly monopolized, leads to an evident conclusion. The current state of events, where all messengers are ruled by certain bodies, makes online communication unsafe and limits the freedom of users.

Complex state regulations force messengers to succumb to their every request, although it’s the messengers who control the exchange of data. Yet, if a company neglects to provide that data, then they would be apt to certain risks by the government, due to the simple fact that all content is stored on physical storage media, also known as servers, under obvious government control in that given country.

Decentralization is the answer to the predicament. The team behind e-Chat provides a unique system specifically for the protection of its users, with technologies such as IPFS, P2P, and blockchain in order to take on the project in full-swing. e-Chat works together under the conditions of a classic instant messenger, using up-to-date tools to manage the finances of users. The multicurrency crypto-wallet is one-of-a-kind, connecting bank cards along with various payment services directly to the messenger, permitting users to maintain, transfer, and invest both digital and fiat currencies all-in-one.

e-Chat developers are certain that shortly they will witness drastic changes in online correspondence. Nowadays, it has become the main channel of communication. However, if the existing messengers don’t change their policies and principles of operation, then the users will just have the increasing number of disconnected apps on their phones together with all the inconveniences such situation brings.

The cryptocurrency market boom is undeniable, increasing more than 7 times from $12 billion up to $90 billion just this year alone. Meanwhile, the mobile payments market in 2017 amounted to $780,000,000,000, clearly on their path to modern messenger. e-Chat helps users make instant transactions to friends, pay for online and offline services, and even make payment for the services within the internal messenger ecosystem.

Throughout extensive research among existing messengers, it has been discovered that some considerable drawbacks, therefore everything was under consideration for the creation of e-Chat. The first decentralized messenger was created, refined, and ready to incorporate such promising protocols such as blockchain, IPFS, and P2P. With this messenger everybody can enjoy high level of protection, safety, a built-in wallet, and end-to-end encryption, plus much more.

It is forecasted by the developers that the scope of the application will reach 1,000,000 installations and 100,000,000 messages per day. Consequently, it is expected to significantly increase the price of the ECHT token. During the pre-ICO period, the token price is set at the level of 0.7 as it runs until November 15th!

Why All Existing Messengers Except e-Chat Are Out-Dated was last modified: September 30th, 2019 by newsbtc

Read More
Tags:e-chat BitStarz Player Lands $2,459,124 Record Win! Could you be next big winner?
Next Post