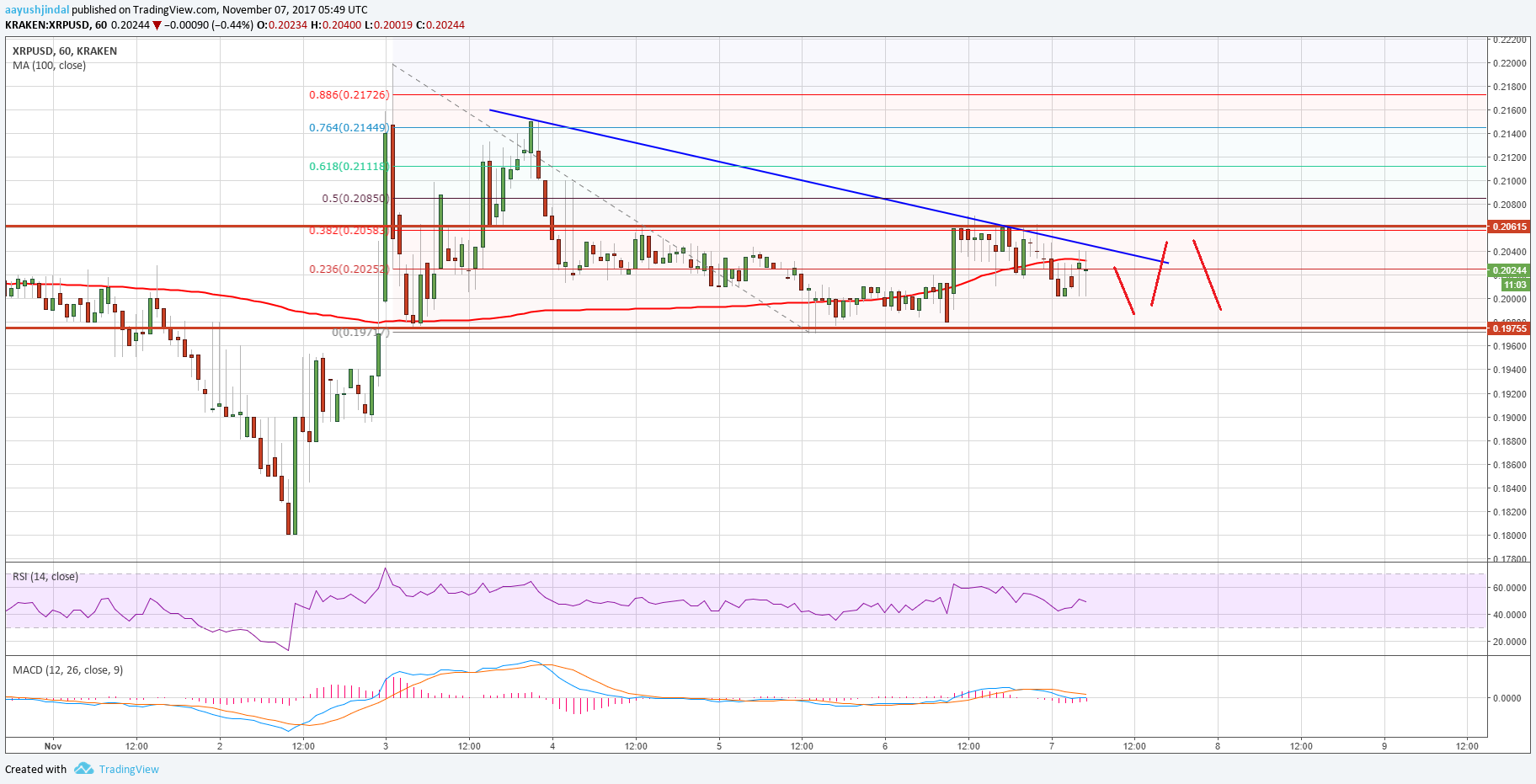 Ripple price is trading in a tiny range against the US Dollar and Bitcoin. XRP/USD has to settle above the $0.2050 level to break barriers in the near term. Hourly MACD – The MACD for XRP/USD is almost flat in the bearish zone.

Hourly RSI (Relative Strength Index) – The RSI for XRP/USD is just above the 50 level.