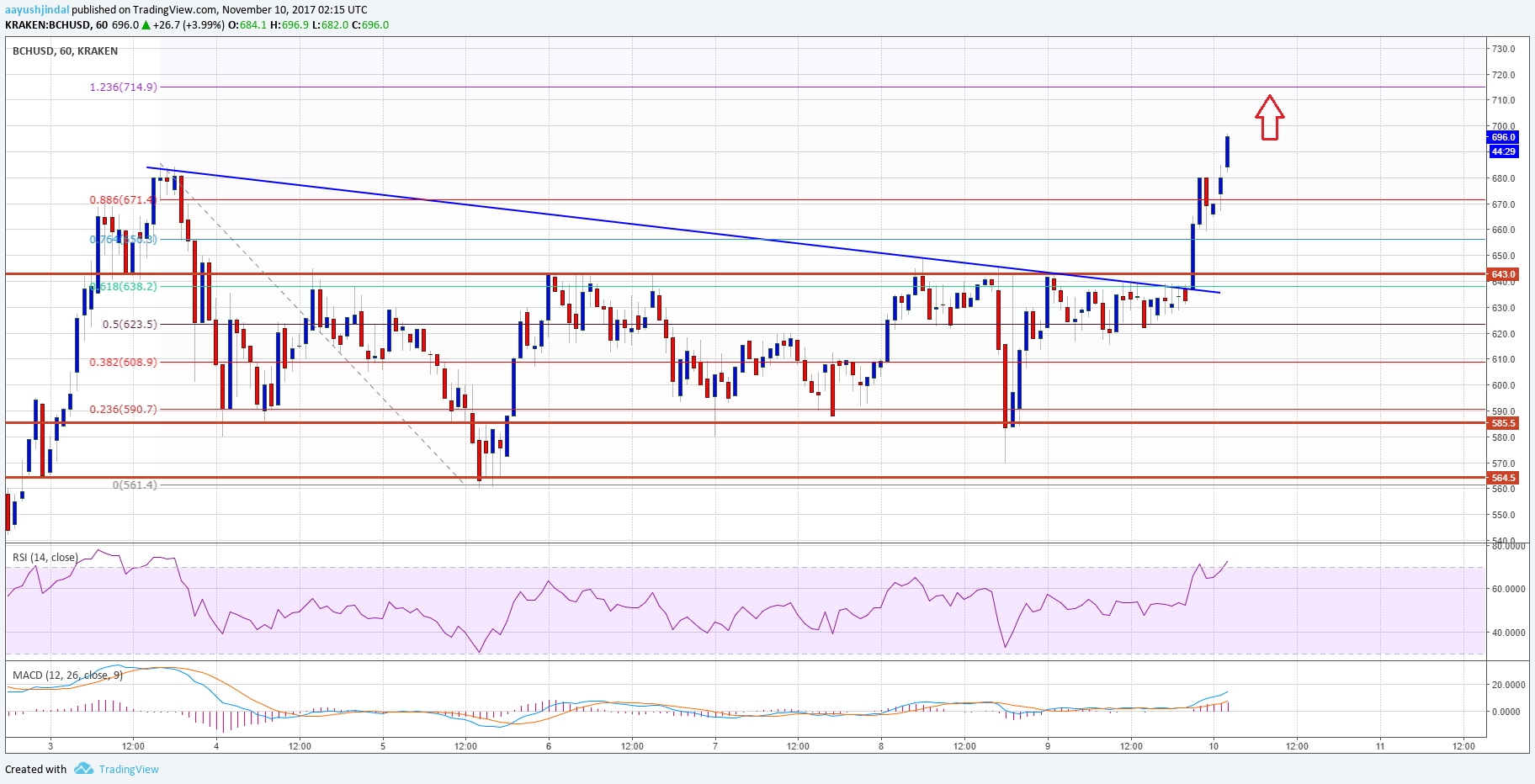 Bitcoin cash price is surging higher towards $720-750 against the US Dollar. BCH/USD is now well above $650, which is a positive sign.

There was a nice upside move initiated during this week above $620 in Bitcoin cash price against the US Dollar. The price gained pace recently and was able to move above the 61.8% Fib retracement level of the last decline from the $682 high to $561 low. It has opened the doors for more gains and the price recently moved above $640. There was even a break above yesterday’s highlighted major bearish trend line with current resistance at $645 on the hourly chart of BCH/USD.

The pair also broke the $682 swing high, which means there are chances of it breaking the $700 level soon. It could even test the 1.236 extension of the last decline from the $682 high to $561 low at $714.9. If buyers remain in control, the price could even break $720 for further gains in the near term. Additional upsides should call for a test of the $750 level. On the downside, the broken resistance near $650 may now act as a support. Moreover, the $640 and $620 levels are now strong supports and can be considered as buy zones in the short term.

Hourly MACD – The MACD for BCH/USD is gaining pace in the bullish zone.

Hourly RSI (Relative Strength Index) – The RSI for BCH/USD is currently near the overbought levels.