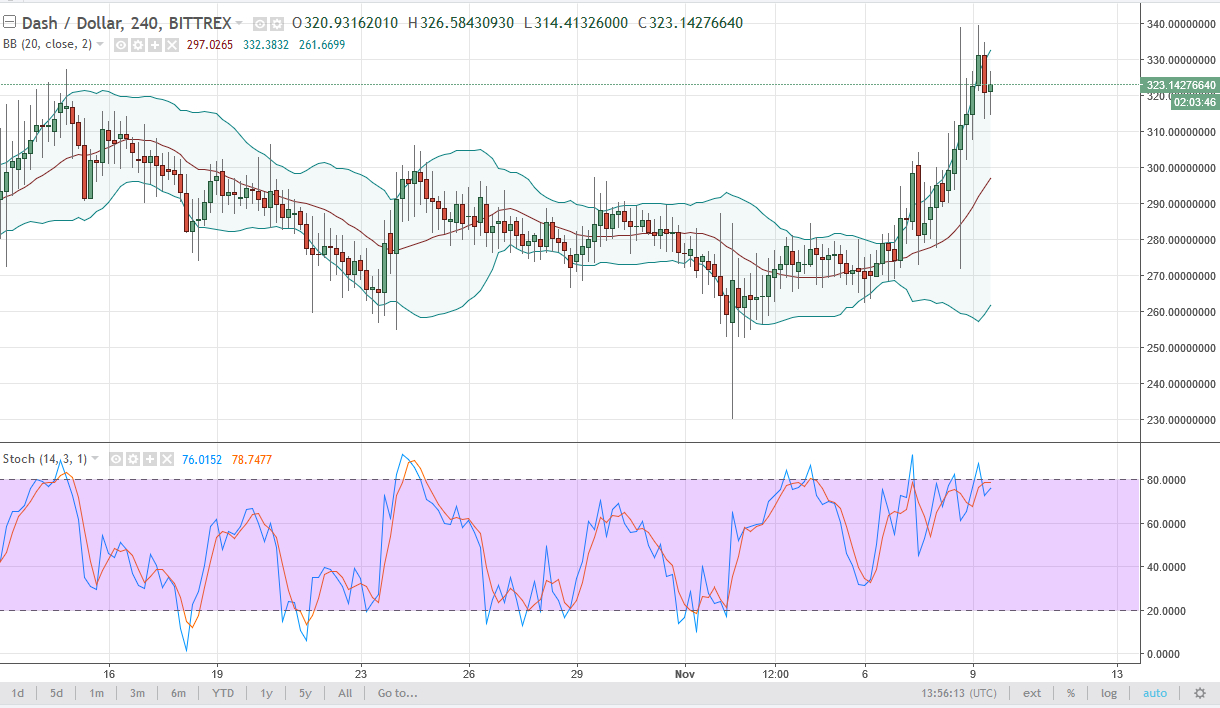 DASH broke out during the session on Wednesday, and Thursday was more of the same. We have reached towards the $340 level, and then pulled back slightly. I believe in buying these dips, and I also recognize that we are now exiting a reasonably strong consolidation area with upward momentum. I believe that adding on dips will be the way to go over the next several sessions, as DASH should continue to work its way towards the $350. Litecoin has also rally during the day after initially dipping down to the $56 level. However, on the 4-hour chart we had formed a hammer, suggesting that the support is most certainly still there, and has been confirmed. I believe that Litecoin continues to be a “buy on the dips” scenario, and that we should continue to go much higher, with the next major resistance level showing itself at the $70 handle.

Thanks for watching, I’ll be back Monday.