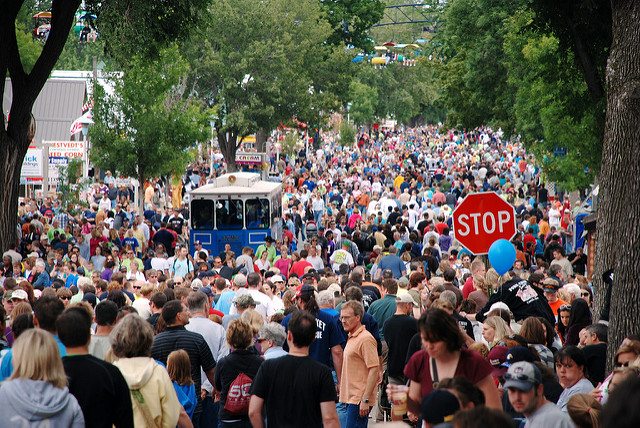 A block size increase from 1 MB to 2 MB or even to 8 MB will likely not lead to the occurence of severe technical issues that could negatively affect the bitcoin blockchain in the long-term.

But, as bitcoin and security expert Andreas Antonopoulos explained at the ‘Bitcoins in Bali’ meetup on June 27th 2017, if the block size gets increased in orders of magnitude at a rate that is proportional to the increase in the user base, a difficult problem will inevitably emerge, wherein bitcoin transitions from a decentralized to centralized system.

The current system of Bitcoin Cash is viable in solving the short-term scalability solutions of bitcoin. Transaction fees are low now, but as the network of Bitcoin Cash grows exponentially and the user base increases with it, there is a certain limit to which the supposed unlimited block size cannot handle.

“3 million today. Let’s say that in two years, we have 30 million people. To maintain exactly the same level of fees as we have today, we need a block that is 10 MB in order of magnitude bigger. Five years from that, bitcoin gets really successful and we need to get 300 million people to use it. Now we need 100 MB blocks,’ said Antonopoulos.

Eventually, as the trend follows, the block size increases to 1 GB, to a point in which independent node operators can no longer cope with updates and verify transactions. Antonopoulos added:

Hence, some on-chain scaling could benefit the bitcoin industry and businesses within it in the short-term, as an increase from 1MB to 2MB is not sufficient to impact the decentralized ecosystem of bitcoin. But, as the block size increases become larger over time, bitcoin or any other cryptocurrency in that matter will suffer with a serious centralization issue, which fundamentally defeats the purpose of operating a decentralized blockchain network.

Bitcoin is globally acknowledged and adopted as a robust store of value and a safe haven asset. It is a settlement network that has on-chain scaling problems which can be solved through second-layer scaling.

There exists a clear limit to the amount of scaling block size increase and on-chain capacity increase can provide and in order to maintain the decentralized nature and censorship resistance of bitcoin, it is important to pursue innovative scaling solutions that provide alternative ways for businesses to provide lower fees and an efficient platform for users.