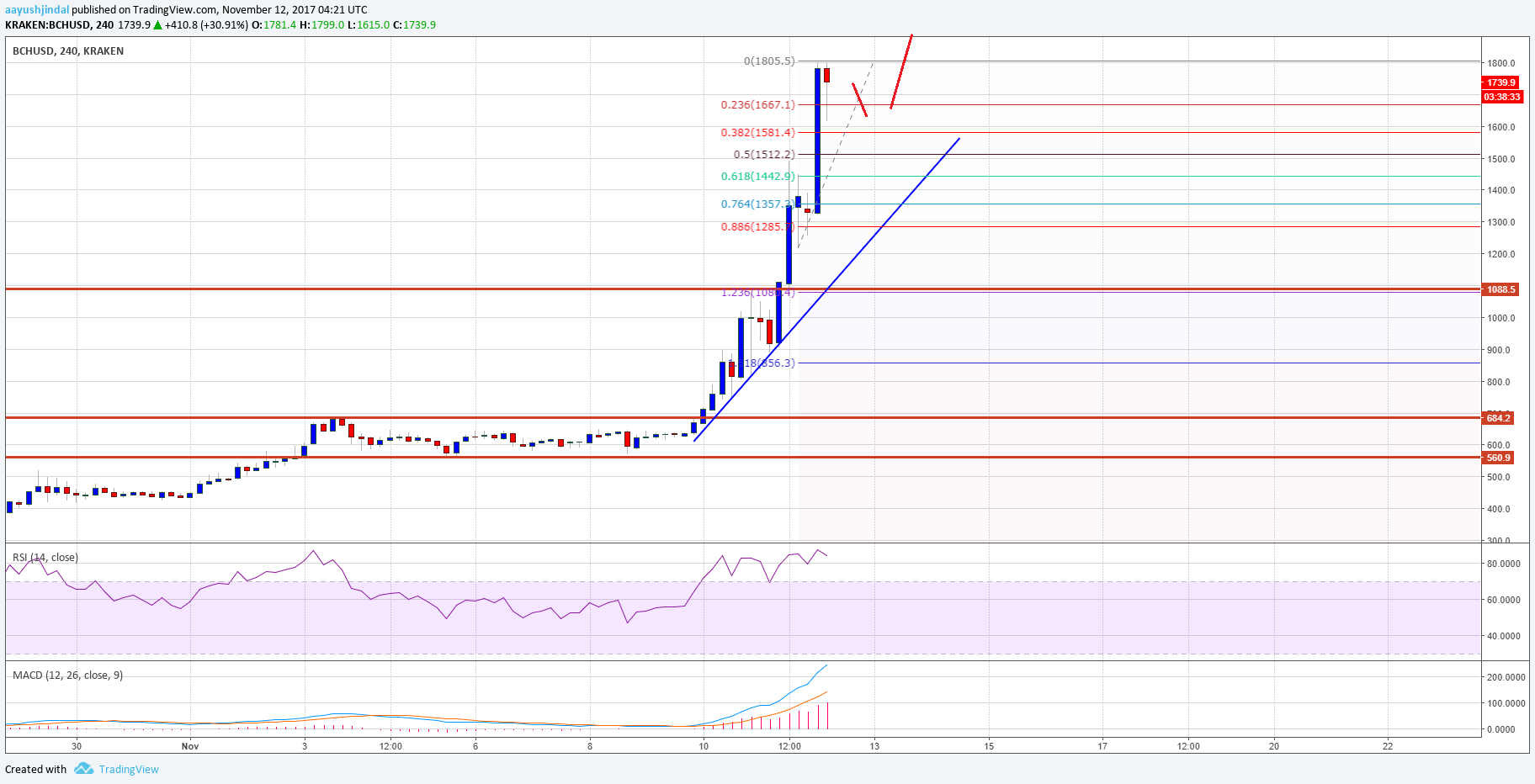 Bitcoin cash price is gaining pace above $1500 against the US Dollar. BCH/USD might continue to move higher and it could even test $2000.

There were nasty gains in bitcoin cash price during the past two days as it broke the $1000 level against the US Dollar. The price traded to a new all-time high at $1805 and it seems like the current bullish wave is not over yet. At the moment, the price is trading near the $1750 levels and is consolidating gains. An initial support on the downside is around the 23.6% Fib retracement level of the last wave from the $1220 low to $1805 high.

The downside reaction would be limited in the short term by $1500 or $1400. There is a crucial bullish trend line forming with support at $1450 on the 4-hours chart of BCH/USD. The trend line support is near the 50% Fib retracement level of the last wave from the $1220 low to $1805 high. Therefore, any major dips from the current levels toward $1500 might find strong buying interest. Only a close below $1400 could open the doors for a downside wave toward the $1000 level. On the upside, the price will most likely try to break the $1805 high. It could even break the $2000 level if buyers remain in action.

4-hours MACD – The MACD for BCH/USD is placed strongly in the bullish zone.