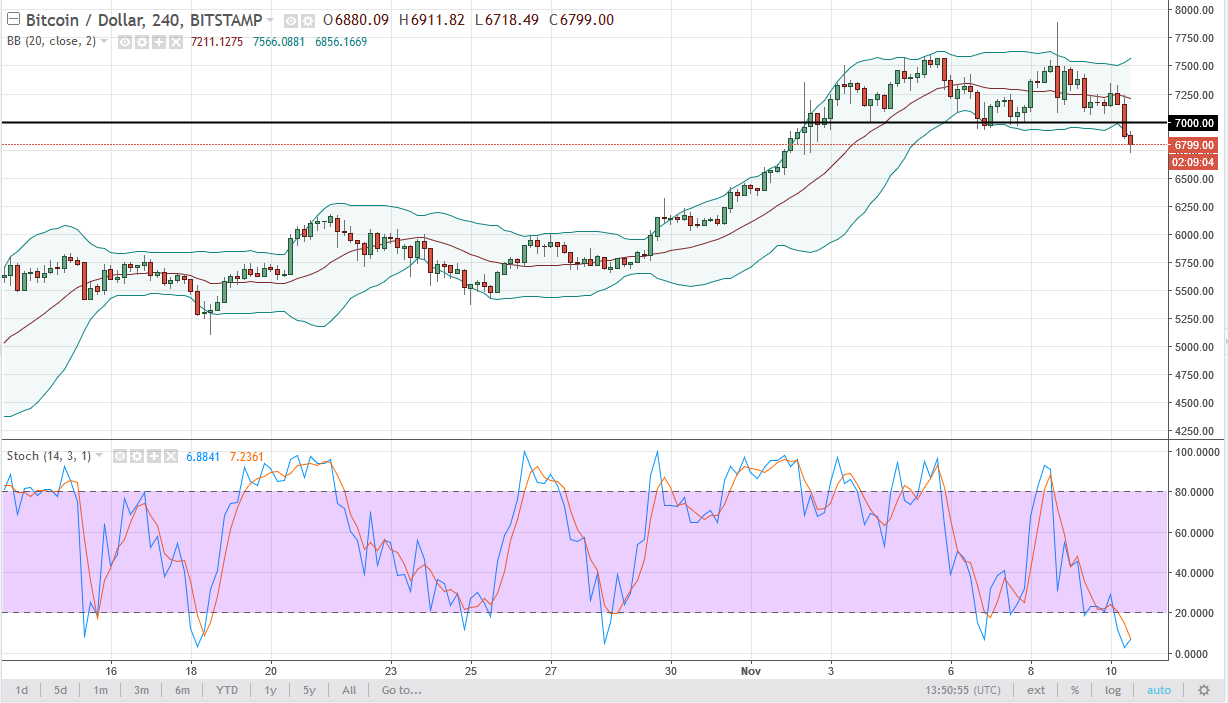 Bitcoin fell a bit during the trading session on Friday, breaking through the important $7000 level. However, the $6800 level previously has been supported, and it looks as if the buyers are trying to come back into the market. Because of this, I am a bit cautious, but willing to start buying Bitcoin above the $7000 level again as it would show a turn around and resumption of the bullish pressure that we have seen. It should also be noted that the Bollinger bands are signaling a slightly oversold situation, right along with the stochastic oscillator doing the same. Bitcoin also fell against the Japanese yen slicing through the ¥800,000 level. I see a significant amount of support below at the ¥720,000 level, so it’s only a matter of time before the buyers return from what I see. However, I currently believe that we will probably get an opportunity against the dollar quicker than the yen.

Read More
Tags:btcJPYusd BitStarz Player Lands $2,459,124 Record Win! Could you be next big winner?
Next Post