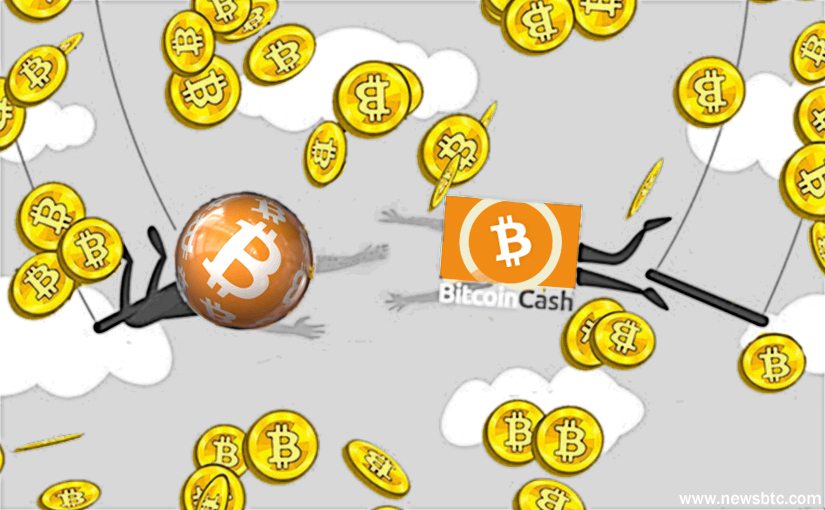 Virtually everyone in the cryptocurrency world knows who Vitalik Buterin is. He is often credited with being one of the main creators of Ethereum. While this blockchain is no longer immutable, it is still a very popular project. He also has some very interesting, albeit controversial opinions now and then. One of his latest tweets revolves around Bitcoin Cash being “worthy” of the Bitcoin name. A rather unpopular opinion among most cryptocurrency users, although one that isn’t without merit either.

The struggle between BTC and BCH is very real right now. Both chains are competing for supremacy. So far, Bitcoin is still in the lead as far as this development is concerned. Bitcoin Cash has seen a massive price increase, which many backers claim is “natural demand”. Others see it as one of the biggest pump-and-dump schemes in cryptocurrency. Both opinions are somewhat valid at this point in time. BCH Still has everything to prove from a long-term perspective.

Vitalik Buterin introduced some interesting opinions on this debacle. More specifically, he claims BCH is a legitimate contender for the Bitcoin name. It is certainly true Bitcoin itself is not without issues whatsoever. Proper scaling has not been achieved yet, despite the community mainly backing SegWit for over a year now. Companies struggle to integrate this solution due to its complexity. A regular on-chain block size increase would have been another option worth exploring.

1. I consider BCH a legitimate contender for the bitcoin name. I consider bitcoin's *failure* to raise block sizes to keep fees reasonable to be a large (non-consensual) change to the "original plan", morally tantamount to a hard fork.
2. Theymos's censorship.

Buterin also hints at how Theymos’ censorship is a big problem. That is certainly the case, as no one is a big fan of this individual whatsoever. At the same time, the Bitcoin.com domain is used to spread “false information” of how BCH already IS Bitcoin right now. There are some real issues on both sides of the equation to keep in mind.  It is a different kind of censorship, but it all comes down to the same eventually. Solving any of these issues will be pretty much impossible some time to come.

Right now, Bitcoin Cash isn’t Bitcoin. Buterin agrees on that part, given how this is a minority opinion. It is evident the Bitcoin Cash situation has caused a fair few issues already. It will continue to be very controversial for some time to come. There are two types of Bitcoin out there right now and that situation is problematic. This doesn’t mean both sides are valid or invalid by definition. Conflicting opinions will lead to growth in the end.

Tags: BCHBitcoin CashBitcoin NewsButerin
TweetShare
BitStarz Player Lands $2,459,124 Record Win! Could you be next big winner? Win up to $1,000,000 in One Spin at CryptoSlots