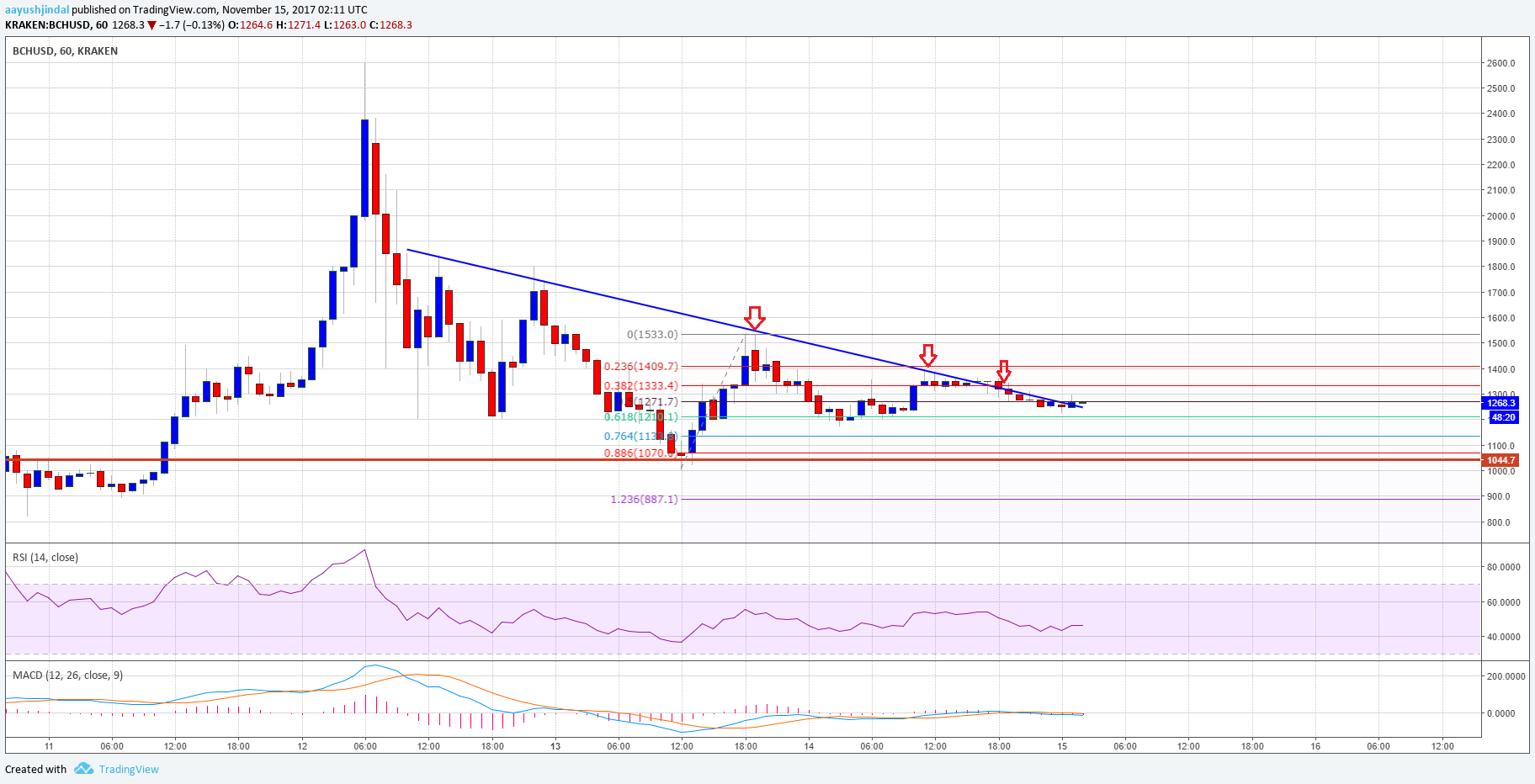 Bitcoin cash price is struggling to gain momentum above $1300 against the US Dollar. BCH/USD might gain pace if it closes above $1400.

Recently, there was a decent attempt by bitcoin cash price above the $1300 level against the US Dollar. However, the price failed to gain momentum above $1400 and declined again. There was an attempt to break this week’s highlighted major bearish trend line with current resistance at $1300 on the hourly chart of BCH/USD. The mentioned attempt failed since there was no break of the $1400 level.