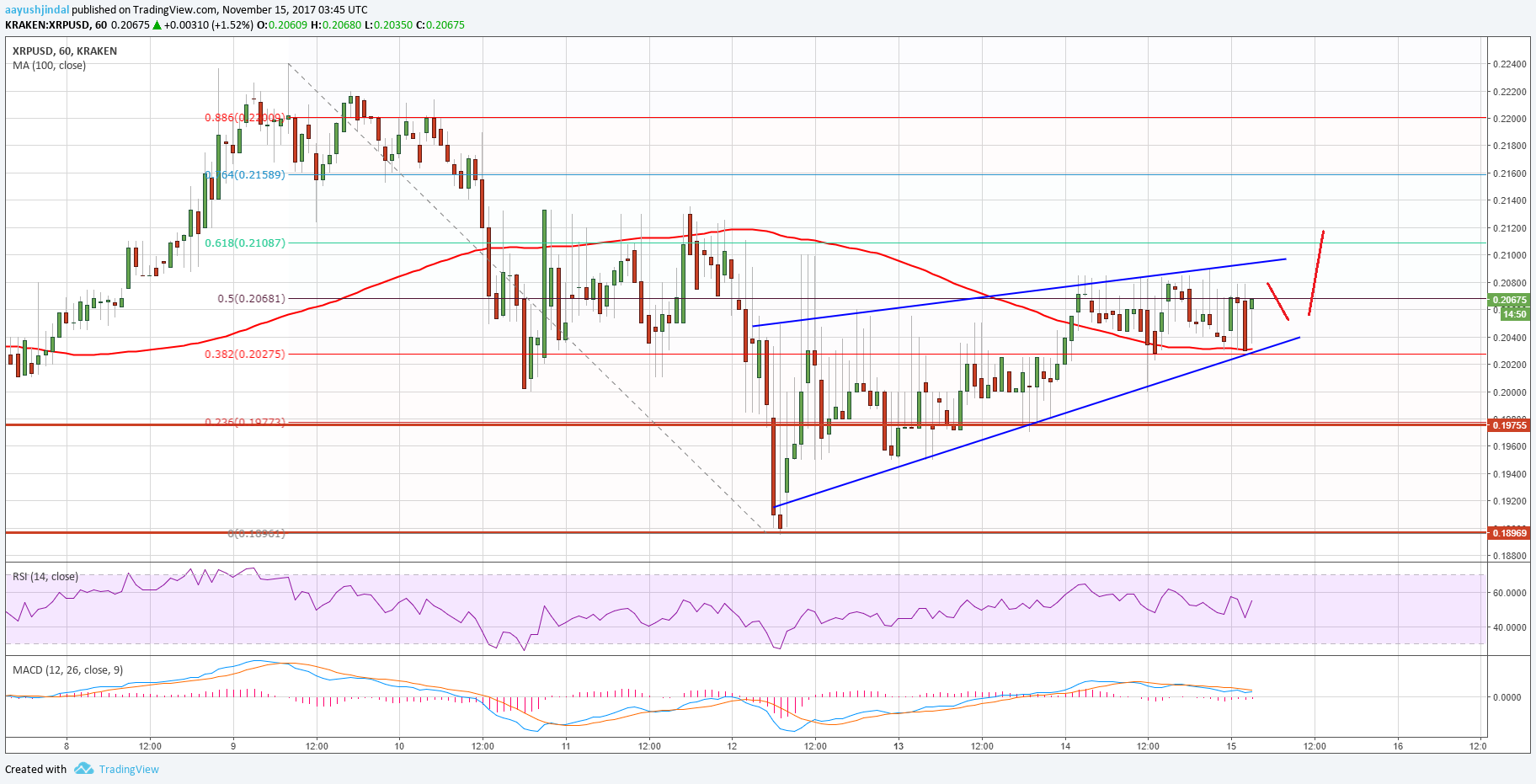 Ripple price remains in the bullish zone against the US Dollar and Bitcoin. XRP/USD needs to gather pace above $0.2100 for more gains.

There were decent gains in Ripple price this week above $0.2000 against the US Dollar. The price is currently placed well in the bullish zone and looks set to break the $0.2100 level sooner or later. It corrected nicely from the $0.1900 swing low and also moved above the 38.2% Fib retracement level of the last leg down from the $0.2240 high to $0.1898 low. Hourly MACD – The MACD for XRP/USD is currently struggling to move into the bullish zone.

Hourly RSI (Relative Strength Index) – The RSI for XRP/USD is currently heading higher and is above the 50 level.