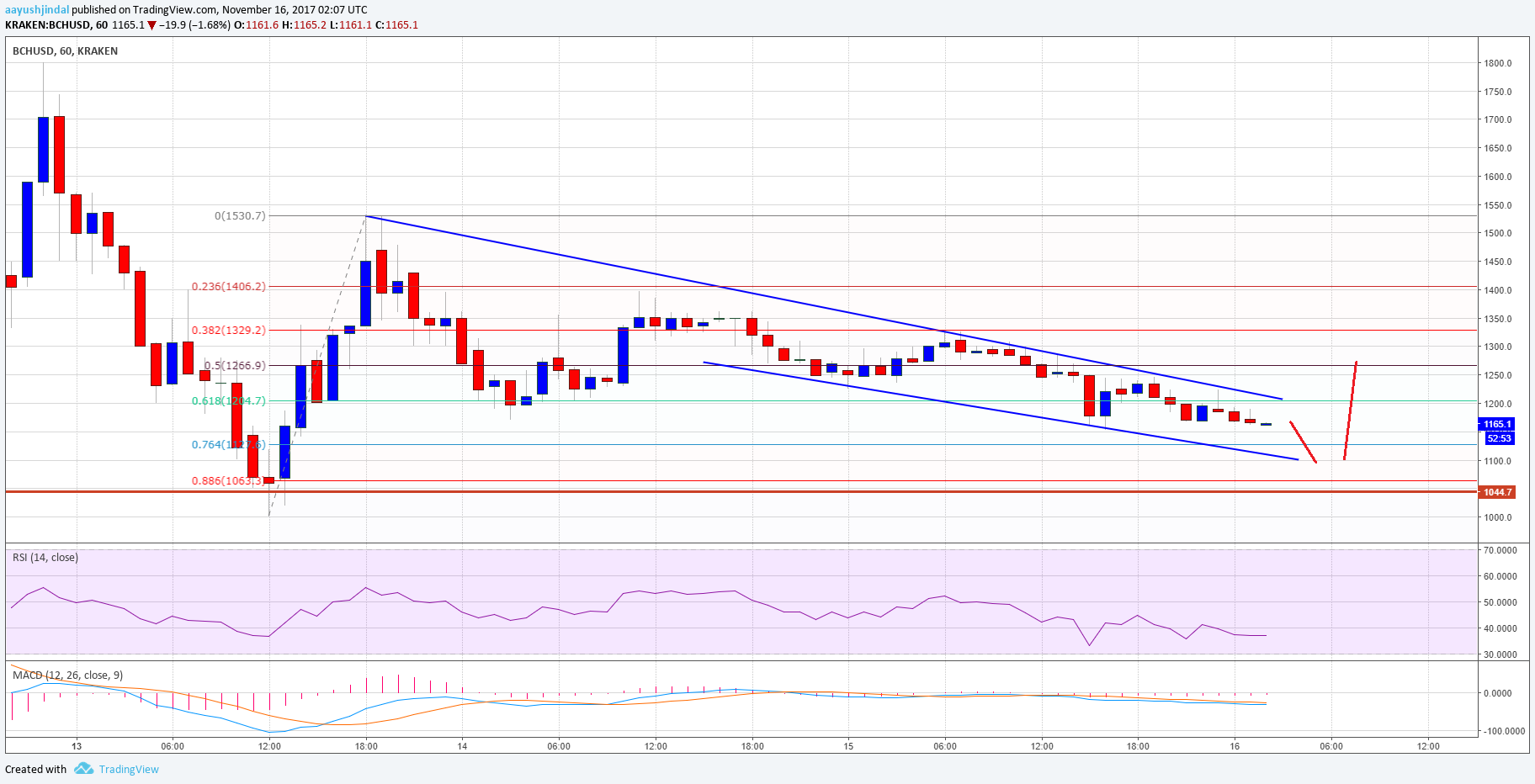 Bitcoin cash price is slowly moving down toward $1100 against the US Dollar. BCH/USD is facing two important resistances near $1200 and $1300.

The price recently broke the 61.8% Fib retracement level of the last leg up from the $1005 low to $1530 high, which is a bearish sign. On the upside, there is a new connecting bearish trend line forming with resistance at $1200 on the hourly chart of BCH/USD. The pair is struggling to move above $1200 and $1220 resistance levels. On the downside, there is a support trend line forming near $1100. There is a chance that BCH/USD would test $1100 before it attempts an upside recovery. Hourly RSI (Relative Strength Index) – The RSI for BCH/USD is moving south and is well below the 50 level.