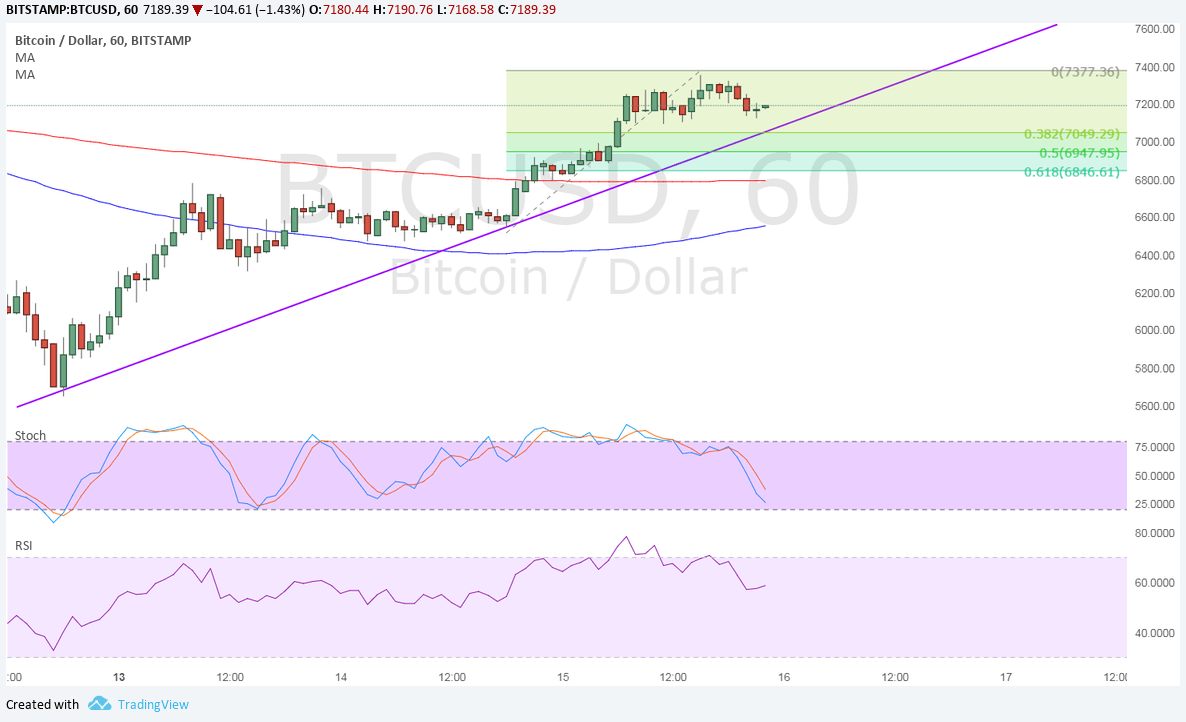 Bitcoin price appears to be reviving its uptrend on the 1-hour time frame, but there are still signs that bears could win out.

The 100 SMA is below the longer-term 200 SMA on the 1-hour time frame, so the path of least resistance is to the downside. However, it’s also worth noting that the gap is narrowing to suggest a potential upward crossover and return in bullish momentum.

The 200 SMA is close to the 61.8% Fib also, adding to its strength as a potential floor even if the trend line breaks. A move below the moving averages, on the other hand, could draw more selling pressure in.

Stochastic is heading lower so bitcoin price might follow suit while bears remain on top of their game. RSI has more room to tumble so there could still be plenty of losses in the cards. The dollar has been treading carefully as traders bite their nails ahead of the House vote on tax reform. Postponing the vote, similar to the Obamacare repeal earlier this year, could lead to fresh doubts that anything productive will happen before the end of the year.

Meanwhile, bitcoin price is still struggling to recover from its selloff since the suspension of the network upgrade earlier this month. Traders are also keeping close tabs on rival versions like bitcoin cash and bitcoin gold to see if they could overtake the core version while the community waits for the next fix.