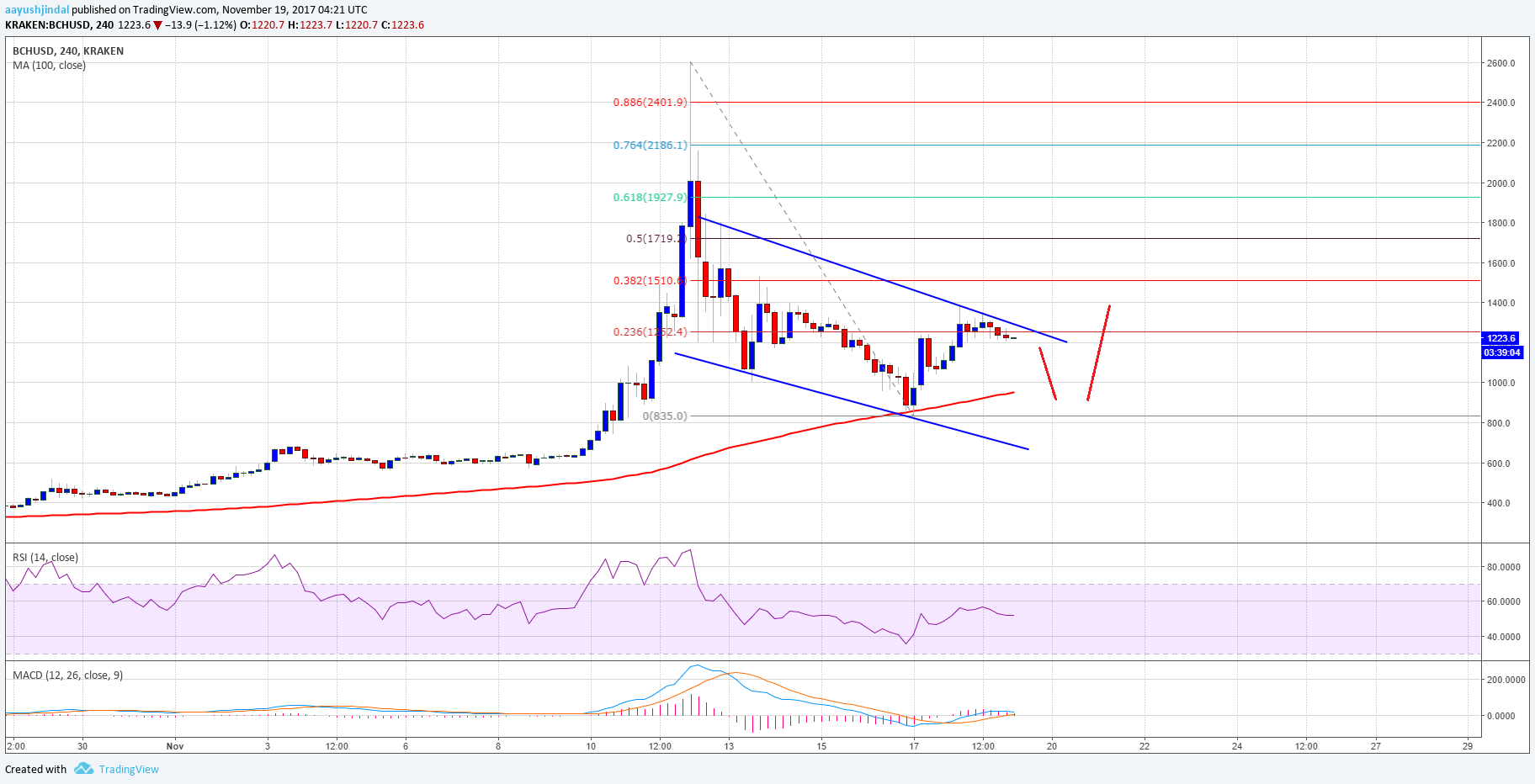 Bitcoin cash price is struggling to break $1250 against the US Dollar. BCH/USD might continue to struggle as long as there is no close above $1250-1300.

This past week we saw a major decline in bitcoin cash price from the $2600 swing high against the US Dollar. The price traded below the $2000, $1500 and $1000 support levels. A low was formed at $835 from where the price started an upside correction. Moreover, the 100 simple moving average (H4), currently at $950 also acted as a support and prevented losses. There was a corrective wave above the $1000 level.

However, the price struggled to move above the 23.6% Fib retracement level of the last decline from the $2600 high to $835 low. There is also a major descending channel forming with resistance at $1225 on the 4-hours chart of BCH/USD. The same channel resistance is acting as a monster hurdle for buyers near $1225-1250. As long as the price is below $1250, it remains in a downtrend. Upsides remain capped until there is a close above the channel resistance at $1250. 4-hours MACD – The MACD for BCH/USD is about to move into the bearish zone.