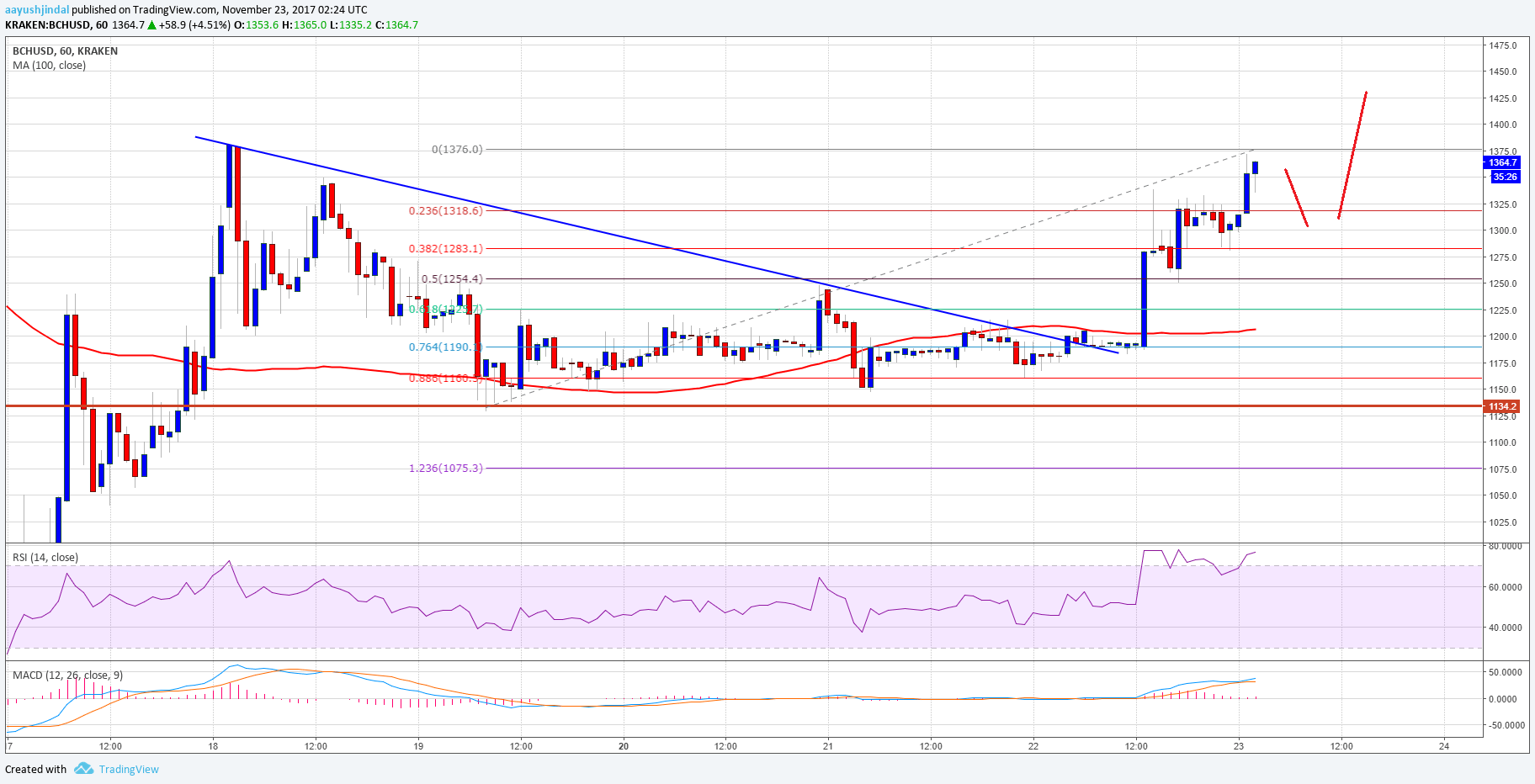 Bitcoin cash price is holding an important support near $1100 against the US Dollar. BCH/USD needs to move past $1200 and 100 hourly SMA for further gains.

It seems like there is a consolidating phase forming in bitcoin cash price above $1100 against the US Dollar. The price recently moved below the 38.2% Fib retracement level of the last leg up from the $838 low to $1380 high. Earlier, the price was able to hold the 100 hourly simple moving average and $1200 support. Later, the price moved below the $1200 support and the 100 hourly simple moving average. Both are now acting as a resistance and preventing further gains.

There is also a major bearish trend line forming with resistance at $1200 on the hourly chart of BCH/USD. The pair needs to break the trend line, $1200 resistance and the 100 hourly SMA to gain traction. On the downside, the most important support is near $1100. Moreover, the 50% Fib retracement level of the last leg up from the $838 low to $1380 high is also around $1100. Hourly MACD – The MACD for BCH/USD is almost flat in the bullish zone.

Hourly RSI (Relative Strength Index) – The RSI for BCH/USD is currently moving higher and is above the 50 level.