The First Two Weeks of Crypterium ICO a Resounding Success 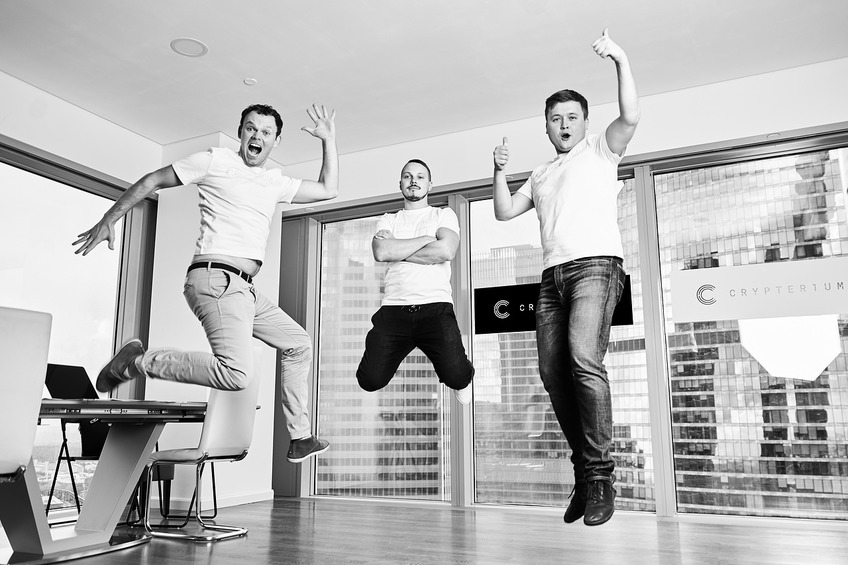 The first two weeks of Crypterium ICO, which started on October 31, 2017, saw lively and robust trade, with customers flocking to the sale from all over the world. Fifteen thousand users from 143 countries have taken part in the CRPT token sale to date, helping the project reach its soft cap within the first 5 hours. Crypterium, a revolutionary cryptobank, is gearing up to create an integrated service that utilizes the most advanced blockchain features to bring cryptocurrency payment options to the real world. The funds collected through the ICO will be used to create the service, which will go live in late January.

What makes the early results particularly remarkable is the fact that the CRPT token sale attracted the attention of token-buyers from every corner of the world. Users from Russia, USA, Brazil, United Kingdom, Indonesia, Japan, Malaysia, South Africa, India, Nigeria, Australia, South Africa, and many other countries showed their support of the project by becoming its token holders. Although the highest number of token holders came from Russia and the United States – 21.40% and 20.74%, respectively, neither of these two countries demonstrated the highest average token spending so far. The leadership in this category belongs to South Korea: an average user from this country spent nearly $2,037 on CRPT tokens. The Top Ten average purchases also included customers from the Czech Republic, Switzerland, United Kingdom, Japan, Australia, Belgium, Turkey, Malaysia, and Netherlands, whose users spent an average of $600-1200 to acquire their tokens.

But what makes this ICO truly remarkable is the overall relatively low average spending: not counting major institutional buyers, an average token holder spent just a bit over $500 to buy CRPT tokens. All this indicates that the product offered by Cryptonomos found great resonance with the public at large – people are very interested in being able to use their funds in cryptocurrencies to pay for their everyday purchases.

“We are extremely pleased with the early results,” says Vladimir Gorbunov, Crypterium CCO and co-founder. “We set out to create a product that could be useful to just about every family, and people responded. I think that both the geography and the average spending we’ve seen so far show that the wider blockchain community approves of what we are doing.”

Crypterium is working to incorporate the decentralized cryptocurrency ecosystem into daily life. This requires, above all, creating a tool that would allow the use of cryptocurrencies to make instant payments for people’s routine everyday purchases – paying the bills, dinner in a restaurant, or buying bus tickets. The project’s open-source platform will also feature an innovative system to enable the acquisition of cryptocurrencies by businesses (including the option for sellers to receive fiat currencies for purchases in cryptocurrency). The third area of focus is making crypto loans more accessible. A vital component of the project is the open access to its cryptobank platform for outside developers.

Keith Teare, founder of TechCrunch and advisor to the Crypterium team, remarks, “In these early days, we are getting some very encouraging and rather unusual results – in most ICOs, we typically see 20 small token purchases for 5-10 large ones. But in this ICO the balance is quite different: Crypterium was able to rope in little guys, people who do not necessarily have thousands to spend on tokens. Most likely they are interested not so much in making money off of tokens but in using the actual services the platform will offer. I think the team really came up with a universally appealing global mass product!”

Tags: blockchain technologyCrypterium
TweetShare
BitStarz Player Lands $2,459,124 Record Win! Could you be next big winner? Win up to $1,000,000 in One Spin at CryptoSlots