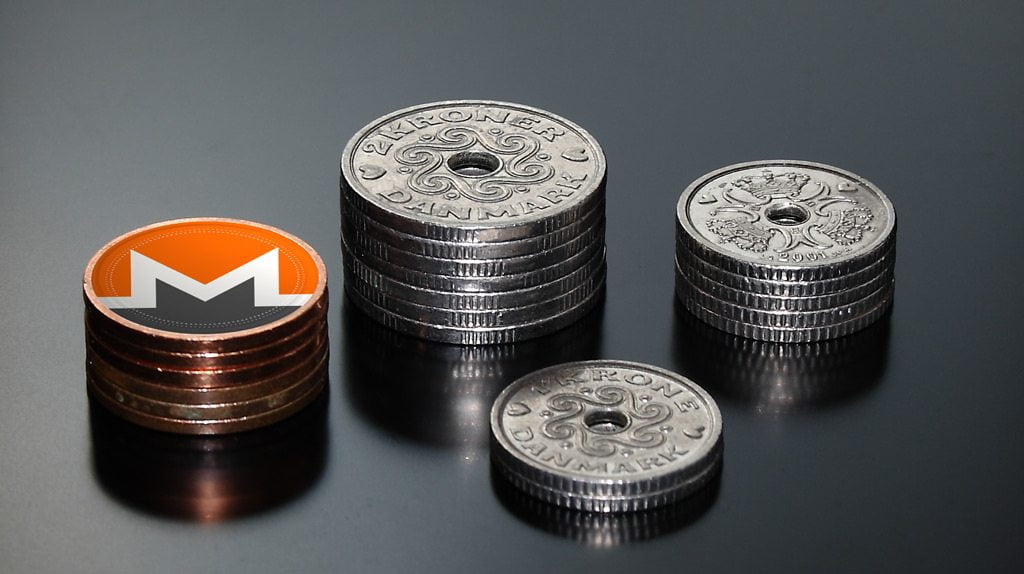 Alt coin Monero is actually trending above August highs of $153. If bulls push harder, buyers looks likely to jump in.

In the meantime, IOTA is peaking and USD bulls are driving prices lower with first targets at $0.732.

One thing is clear, DASH bulls are in charge. As a result, it is safe to say that every dip is a buy opportunity.

Because of that, we shall shift our support lines to November 12 and 18 highs of $540 and $486 respectively. At the moment though, bullish momentum is strong because of that band divergence and of course the bullish stochastic signal.

We already have a bearish candlestick dropping from yesterday’s highs of $582. If there is a follow through, then we wait for a retest of $540 support line.

However, if not, $670 is the next bull target especially if November 22 highs is cleared.

Bull momentum is strong and as it now, August highs of $153 has been cleared. Because of the general bullish momentum in the weekly chart, traders were taking long positions only. Bull projection will be null after Monero prices trickle down strongly from recent highs and below $153.

Currently, that has not been then case and if Monero bulls prevents depreciation below $153, then that should be bullish going forward.

However, any dip towards the 20 period MA or the support trend line with complementing stochastic buys present a wonderful opportunity to go long.

How other alt coins are performing

IOTA appreciation has been spectacular and profitable. Investors are up 300% from their initial investment of $0.25 but now, prices are cooling down.

We had that bearish divergence which hinted of a possible slow down on November 20 that’s when price action close above $0.90 resistance line and tested $0.98.

From there on, IOTA is crumbling as we can see. USD bulls are now below the 20 period MA with a stochastic sell signal.

After close of this candlestick and if prices remain below the 20 period MA, sellers should ramp up their position while aiming at November 21 lows of $0.732.

For NEO bears to proceed, they must close below $34 support. It didn’t happen yesterday and in fact prices bounced back with a stochastic buy signal.

Traders should be trading this as a bullish break out after that strong candlestick on November 17 and a retest of resistance now support trend line of November 22.

In light of this, NEO bulls should initiate long positions with stop losses below $34 and aim for immediate resistance at $45.

Even if the general trend in the weekly chart is bullish, it has not been the same in the 4HR chart thus far.

From the charts, NEM prices is oscillating within a $0.04 range since early October safe for that dip and a bull break out in the first two weeks of November.

For now, we wait until a stochastic buy signal is shows probably at main support zone at around $0.18.

Because of that break below the 20 period MA, USD bulls should sell with a stop loss just above $0.209.