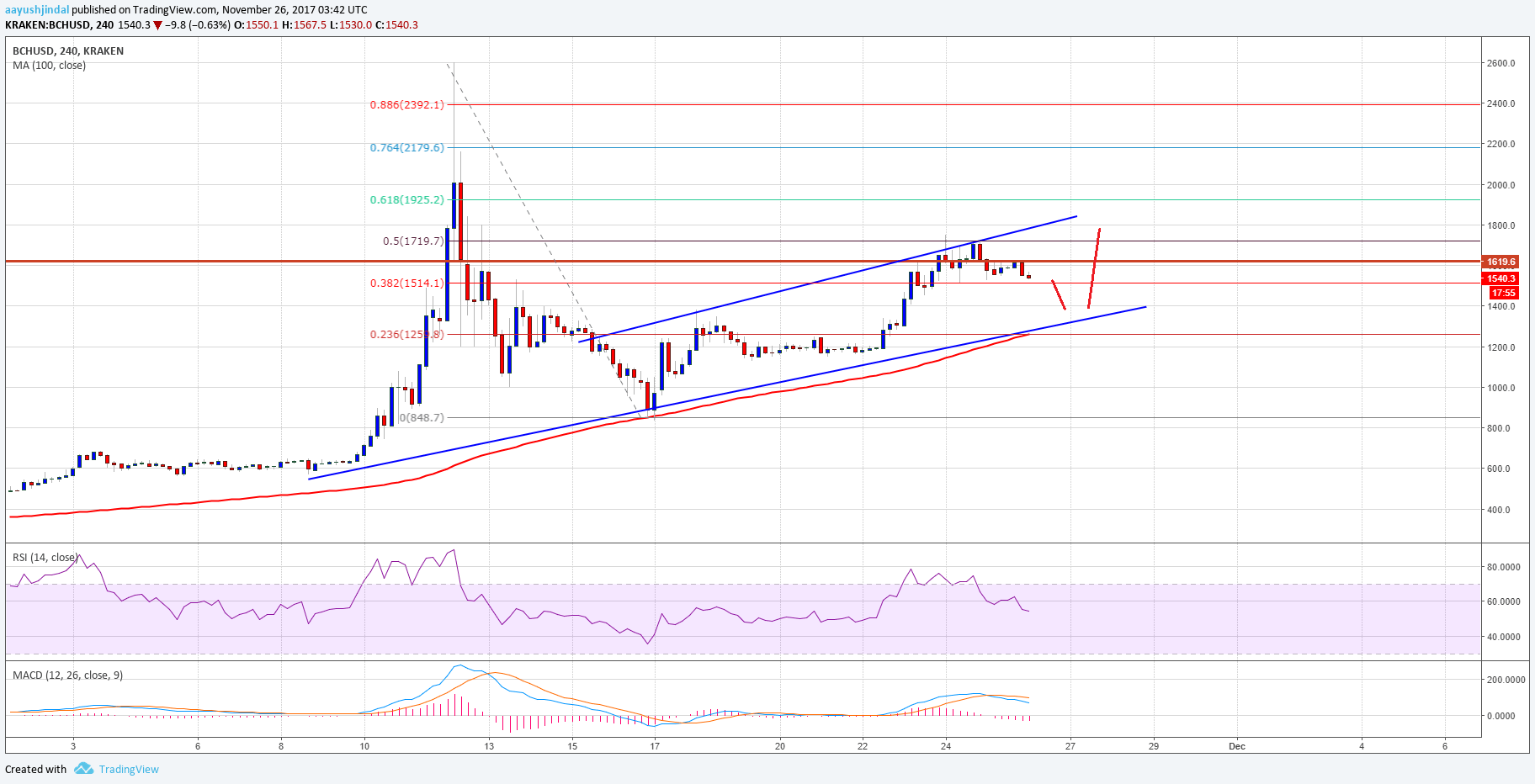 Bitcoin cash price is climbing higher above $1500 against the US Dollar. BCH/USD is currently facing an important resistance near $1720-1750.

There was a nice recovery initiated in bitcoin cash price from the $850 swing low against the US Dollar. The price popped higher and managed to move above the $1000 and $1200 resistances. There was also a break above the 38.2% Fib retracement level of the last drop from the $2600 high to $848 low. It opened the gates for more gains above $1500 in the near term.

There was a move above the $1650 level, but the price found a major resistance near $1720-1750. There is a major connecting resistance trend line forming with barrier at $1720 on the 4-hours chart of BCH/USD. The trend line resistance is near the 50% Fib retracement level of the last drop from the $2600 high to $848 low. Therefore, the $1750 level is a monster resistance and it won’t be easy for buyers to break it. On the downside, there is a bullish trend line forming with support near $1300-1250. The mentioned $1250 support is also close to the 100 simple moving average (4-hour). Therefore, the $1300-1250 levels are important buy zones in the near term. We might see ranging moves below $1750 for some time before the price makes the next move.

4-hours RSI (Relative Strength Index) – The RSI for BTC/USD is currently moving lower towards the 50 level.