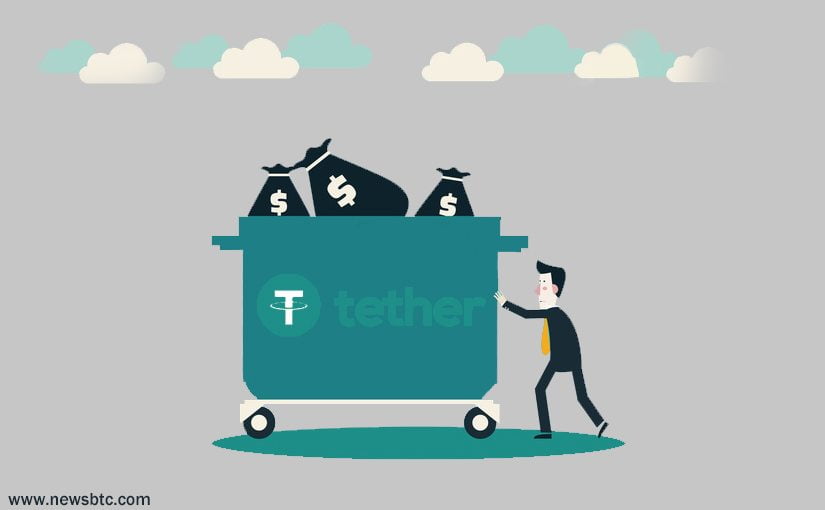 The shenanigans surrounding Tether are far from over, by the look of things. More specifically, the company decided to issue another 10,000 USDT out of the blue. Most of these issuances coincide with a major Bitcoin price pump. Proving something nefarious is going on is pretty much impossible at this point. However, it remains a highly controversial topic of debate, that much is evident.

Tether is quickly becoming a company non grata in the Bitcoin world. Many conspiracy theories involving this company exist right now. That in itself is not surprising, as there is some shady stuff going on, to say the least. The company keeps issuing new currency on a regular basis, which often results in the Bitcoin price going up again. This is not just a mere coincidence, but a major bubble waiting to burst sooner rather than later. How all of this will play out, remains to be determined, though.

More Tether Concerns to Deal With

Their latest issuance of 10 million USDT raises a lot of questions. It happens right when the Bitcoin price is starting to push toward $10,000. Many people assume it is these new USDT which will push Bitcoin over the edge. Whether or not that will be the case, remains to be determined, though. A lot of money has been going from Tether to Bitfinex and also Poloniex and Bittrex by the look of things. Some users are pointing out there are a total of 20 million new tokens and not just ten million. A very worrisome development, to say the least.

The CEO of Bitfinex and Tether is one and the same person. This shows there may be some real collusion between both entities. Proving this is the case isn’t as easy as one would like it to be, though. One thing we do know is how the new 10 million was sent to Bitfinex directly. This cannot be coincidental whatsoever, especially as it is not the first time this has happened. At this rate, Bitfinex will quickly become the new Mt. Gox. That is a situation everyone is looking to avoid first and foremost.

All of this paints a very worrisome outlook for cryptocurrency as a whole. While Tether claims everything is legitimate, their refusal of an independent audit certainly suggests something else. With the new tokens now flowing to other cryptocurrency exchanges as well, things are not looking all that great. It would certainly explain the surge of some altcoins as of late. There is plenty of reason for getting concerned over what Tether is doing these days. We can only hope none of this blows up in our faces over the coming weeks and months.

Tags: bitcoinBitcoin NewsbitfinextetherUSDT
TweetShare
BitStarz Player Lands $2,459,124 Record Win! Could you be next big winner? Win up to $1,000,000 in One Spin at CryptoSlots