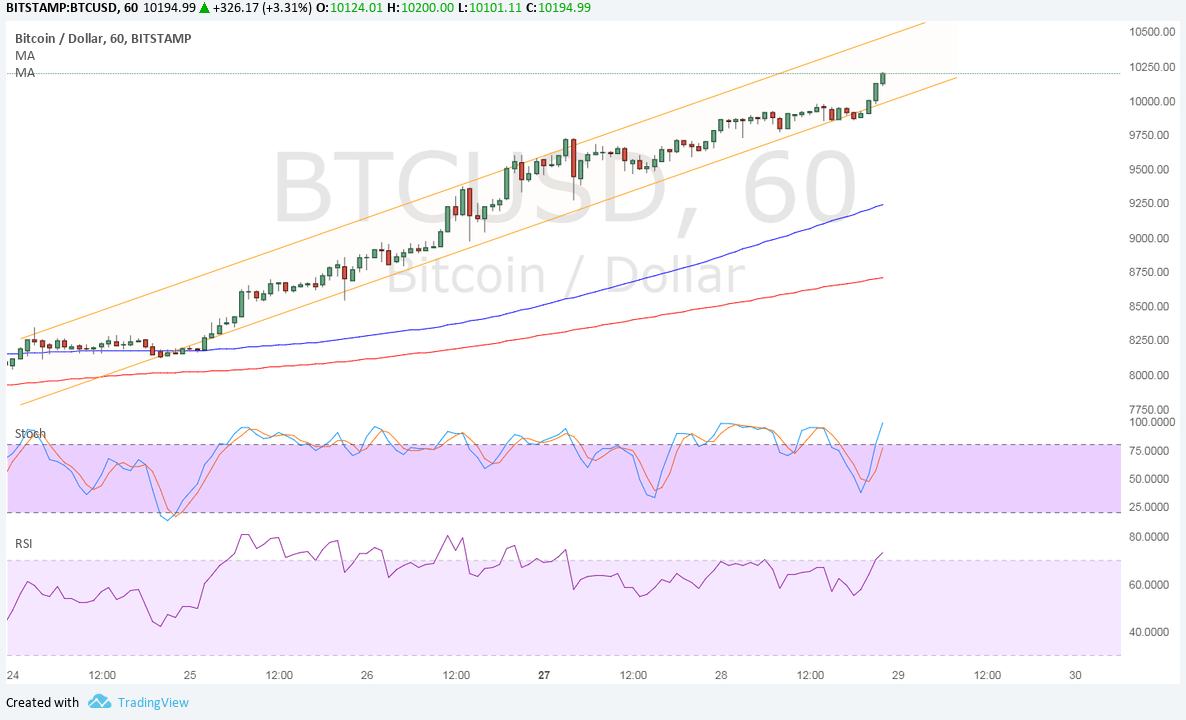 The 100 SMA is safely above the longer-term 200 SMA on the 1-hour time frame, confirming that the path of least resistance is to the upside. The gap between the moving averages is also widening to reflect strengthening bullish momentum.

Stochastic has also turned higher without even hitting oversold levels, which suggests that buyers are eager to push bitcoin price up. RSI is also heading higher so bitcoin price might follow suit.

The channel resistance is located around $10,500 at which take-profit orders might be located. If any of the nearby ceilings hold, bitcoin price could retreat to the channel support near $10,000. It has been reported that Coinbase added 100,000 accounts leading up to the Thanksgiving weekend and the corresponding jump in volumes has sustained the rally. Anticipation for the CME bitcoin futures launch is also propping price up.

At the same time, resurfacing tensions with North Korea are bringing geopolitical risk back to the table. Cryptocurrencies tend to attract safe-haven flows then as traders move away from more traditional assets like stocks and commodities.

Meanwhile, the dollar has been able to recover against most of its rivals but there is still some degree of hesitation leading up to the Senate vote on the tax reform bill. A couple of Republican senators are threatening to vote against it, which could mean more setbacks even as Senate no longer needs to secure a super majority.

Looking ahead, rising volumes could still be seen in the coming days as more and more people turn to bitcoin while it dominates financial headlines.