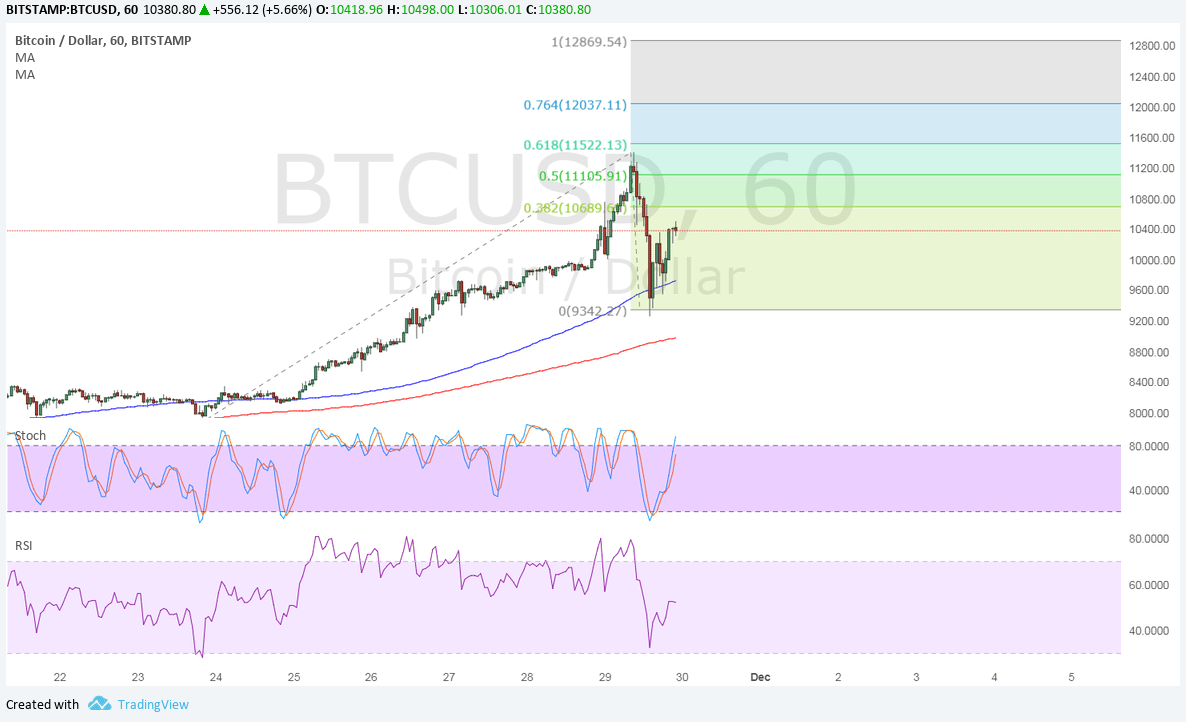 Bitcoin price appears to have completed its pullback from the strong rally recently, allowing the uptrend to resume.

The 100 SMA is above the longer-term 200 SMA on the 1-hour time frame so the path of least resistance is to the upside. The short-term moving average also held as dynamic support on the latest pullback, and its gap with the 200 SMA is widening to reflect stronger bullish momentum.

Stochastic is also heading north so bitcoin price could follow suit. However, this oscillator is already approaching the overbought zone to reflect weakening buying pressure. RSI has pulled up from the oversold region to indicate a return in bullish momentum and has more room to climb before hitting overbought levels. The increase in retail activity and trading volumes owing to the addition of 100,000 Coinbase accounts last week has been considered the main factor propping bitcoin price up. There’s also the anticipation for the CME bitcoin futures launch later this year that could potentially draw even more investors.

Dollar demand has ticked higher on progress in tax reform, though, and clearing Senate this week could mean more gains. Then again, lawmakers have to merge the existing versions from the House and Senate before getting it through to the White House.

The US currency has also drawn support from a GDP upgrade from 3.0% to 3.3% and optimism from Fed head Yellen. Keep in mind, however, that the core PCE price index due today could remind traders of weaker inflation expectations.