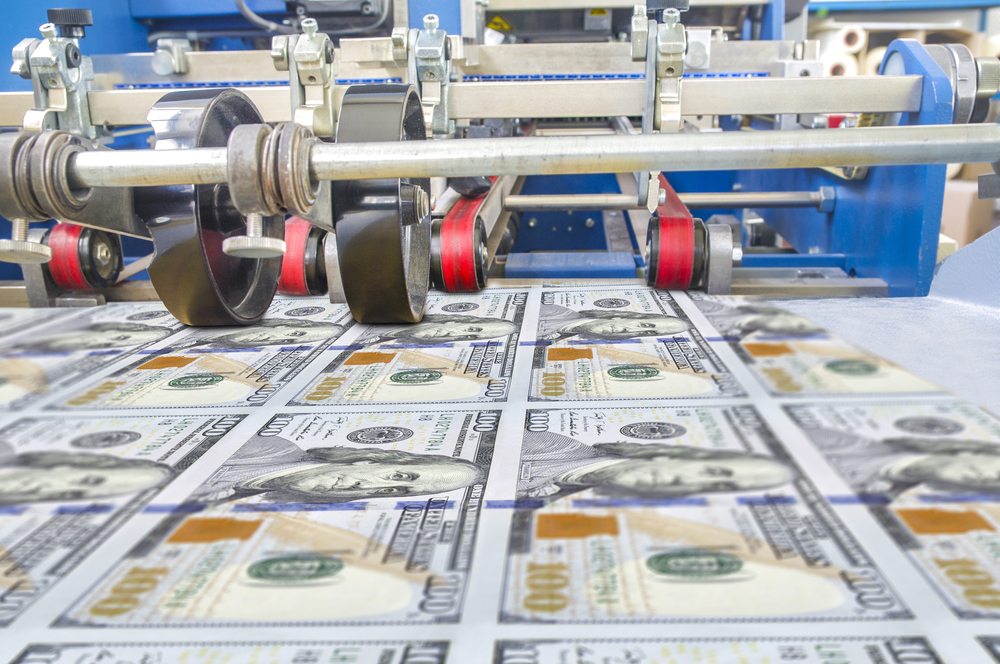 The past few weeks have been pretty busy for Tether.The company has printed a lot more USDT than people would like to see. Even today, things are still firing on all cylinders. With another 50 million tokens in circulation, the speculation will only intensify. These new tokens once again coincide with a new Bitcoin price increase.

People have given up on tracking the number of Tethers brought into circulation these past few weeks. The company keeps adding batches and batches of new funds whenever they see fit. Over the past 24 hours, 50 million USDT were brought into circulation. That means the company needs to have $50m worth of financial assets to back up this demand. So far, that still seems highly unlikely. Especially when the company still doesn’t undergo a proper and legally binding independent audit.

The big question is where this demand is coming from. Rumor has it Bitfinex and Tether collude to artificially push up the Bitcoin price. So far, these claims have not been proven, despite the voices growing louder every single week. It is uncanny how most of the”print jobs” occur whenever the Bitcoin price seems to go up shortly afterward. Coincidence is an interesting concept, for those who believe in such things.

There are also allegations as to how these USDT are not backed by fiat currency. Instead, Tether is potentially issuing tokens in exchange for cryptocurrency payments. That is not exactly illegal either, although it would certainly skew the image people have of this company. After all, they never said all assets have to be backed by fiat currency alone. Nor do all tokens need to be redeemable for fiat currency either. It is a very interesting construction, which may eventually blow up in people’s faces.

Rest assured these 50 million new tokens will cause a lot of discussions. It is evident Tether faces a ton of scrutiny right now, which is only to be expected. Their business model raises questions and their day-to-day operations appear shady. Until there is any evidence to back up such claims, however, they are nothing but rumors. It is still possible something nefarious is going on, but no one can say for sure right now. This will not be the last time we touch upon this story either, that much is rather evident.

Tags: bitcoinBitcoin NewstetherUSDT
TweetShare
BitStarz Player Lands $2,459,124 Record Win! Could you be next big winner? Win up to $1,000,000 in One Spin at CryptoSlots