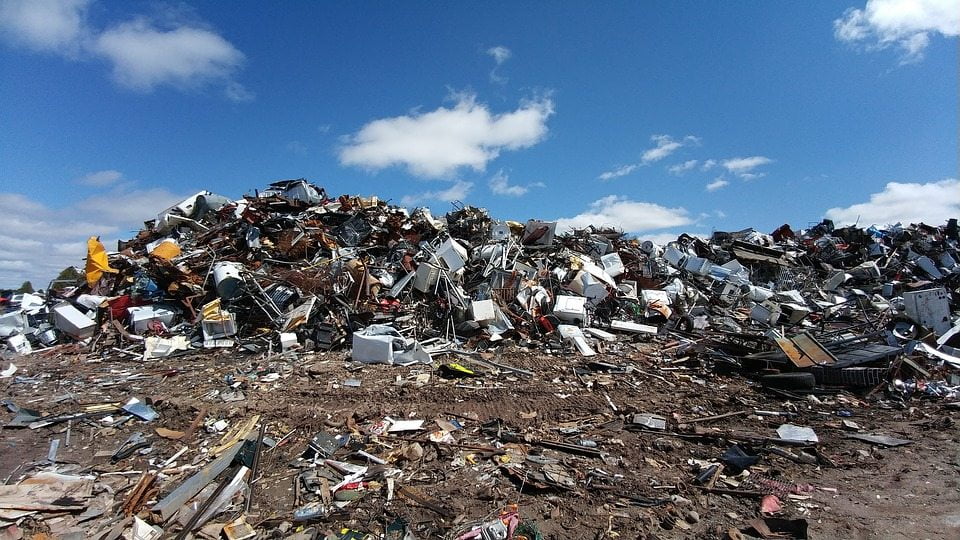 Remember that dude from 2013 who accidentally threw away his hard drive full of Bitcoin? Well, he’s back hitting headlines again as the recent surge in BTC price has encouraged him to restart his treasure hunt. He’s prepared to get his hands pretty dirty too… by digging up a landfill site.

James Howells from Newport, Wales was an early cryptocurrency miner. He started back in 2009 and had amassed some 7,500BTC by solving the complex equations used to secure the Bitcoin network. During a big cleanup of his home in 2013, the hard drive upon which he’d stored his private keys got mistakenly thrown out. The value of the cryptocurrency stored on it at the time was then several hundred thousand dollars. That was when Bitcoin was trading at around $130 a coin.

Today, with the price of Bitcoin being almost hundred times the 2013 figure, the hard drive is worth $85 million. It’s therefore hardly surprising that the Newport-based IT worker is keen to be reunited with his stash. He’s now considering having the landfill excavated. This, of course, is no small job. Howells explained to The Independent:

A modern landfill is a complex engineering project and digging one up brings up all sorts of environmental issues such as dangerous gasses and potential landfill fires… It’s a big, expensive and risky project.

Howells had stopped mining long before Bitcoin started to grab headlines in quite the way it did during late 2013. He’d sold most of the components of the computer he’d used on eBay but was savvy enough to make sure he kept the hard drive containing his private keys. Unfortunately, during a clear-out, he believes that this ended up being put in a general waste bin at a local landfill site. This will then have been emptied onto the tip and will since have been buried by many tons of junk. Howells blames “family life and moving house” for the mishap.

Whilst it’s certainly the largest case of lost Bitcoins known about today, Howells’ tale isn’t the only example of such a colossal mistake. A similar story comes from the editor of Gizmodo Australia, Campbell Simpson, who threw around 1,400 BTC away back in 2012. When he’d originally bought the Bitcoin, they’d only cost him $25 AUD. Today, buying such a quantity of the cryptocurrency would set you back almost $16 million.

However, the largest cache of lost Bitcoin might be those of their original creator themselves. Recent research from the blockchain data-crunchers at Chainalysis hints that the one million Bitcoin reserved for Satoshi Nakamoto will most likely never enter the wider market. It’s believed that these are spread out over many thousands of wallets and their owner has either lost the private keys, or has since been killed. If the person or people behind Bitcoin are still alive, they’re either the dictionary definition of the perfect “hodler”, or kicking themselves much harder than either Campbell Simpson or James Howells.

Tags: bitcoinbitcoin miningBitcoin Newsbitcoin satoshiJames HowellsLost BitcoinSatoshi Nakamoto
TweetShare
BitStarz Player Lands $2,459,124 Record Win! Could you be next big winner? Win up to $1,000,000 in One Spin at CryptoSlots