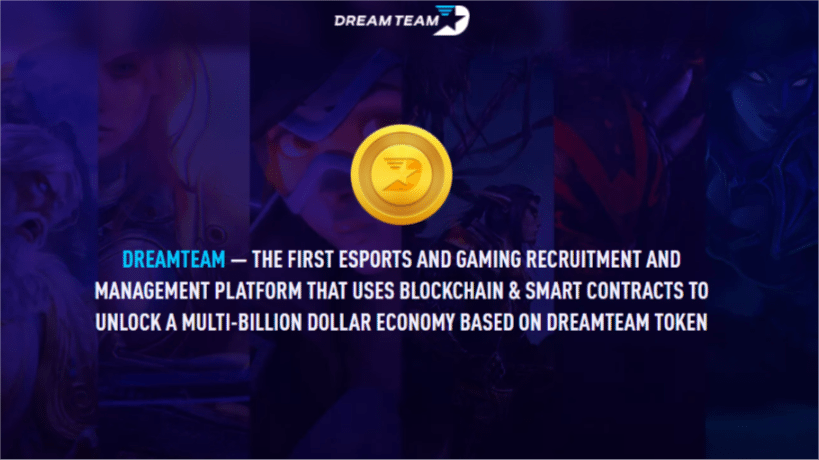 One of the fastest growing markets in the world is the eSports industry. Assuming the $700 million revenue projection for 2017 holds true, the industry will have seen an annual revenue growth rate of 40%–a truly remarkable feat. What’s more, revenue estimates for 2020 are at an astonishing $1.5 billion, representing a value over ten times the revenue in 2012. However, not everything is rose-colored in the eSports industry. Starting and managing a successful eSports club is by no means a walk in the park, and the lack of a uniform process or structure could serve as a chokepoint for the industry’s future success. Just as with all thriving ventures, the eSports community needs to get past its growing pains if it wants to see the success its pundits have forecasted.

In order to help the industry expand and optimize as a global force, some are working on a blockchain powered platform that will streamline the eSports recruitment and management process. In doing so, the industry could grow at an even more rapid pace, creating wealth for gaming teams and providing entertainment to an ever-growing audience. DreamTeam is one company who wants to revolutionize the eSports industry by creating a decentralized platform utilizing blockchain technology and smart contracts.

The platform creates a marketplace where amateurs and professionals alike can find players, coaches, and teams to interact with. It just takes a few minutes to search and find other users, as the platform allows for each individual to create a profile with specific searchable fields.

The platform also creates a way for coaches to form teams, manage their players, and run data analytics on performance and upcoming matches. Successful teams can earn sponsorships, participate in media sales, and win prize money for competitions. The addition of practice matches and tournaments provides teams with a one-stop-shop for the entire eSports industry.

The blockchain technology powering the platform ensures that all financial transactions that occur on the platform–from prize money distribution to player salaries–are secure and transparent. All fund-flows are open to the public, but registry information and personal data stays encrypted and secure. Additionally, the platform implements a single token, the DreamTeam token, for all of its features. This token becomes the sole means of transaction across the entire platform, streamlining processes and enabling the use of smart contracts for all financial exchanges.

For example, the blockchain platform allows a team to set monthly marketing goals for its manager, performance KPIs for its coach, and contribution goals for its players. By using smart contracts, the team can establish a way for the respective parties to receive bonuses based on meeting their KPIs. The use of smart contracts also prohibits corruption and manipulation, as the contracts will self-actualize if and only if the KPIs are met. The team behind the project is itself a dream team, boasting of eSports’ most qualified and experienced advisory board, including ESL (formerly Electronic Sports League) CEO Ralf Reicheryt. With hundreds of years combined experience in the eGaming and blockchain industries, the team has positioned itself well to tackle any future obstacles.

DreamTeam’s platform, though in its infant stages, already has over 50,000 users and is expecting another 100,000 to join by the end of the year. This will make DreamTeam the fastest growing eSports infrastructure platform ever created. Even better, DreamTeam’s users are finding that the integrated platform allows them to source teammates and create crews much more easily. The platform is proving to be a success both in terms of adoption and implementation.

Those that want to invest in DreamTeam’s platform and the future success of the global eSports industry can do so by joining DreamTeam’s token sale. The sale will begin on December 11, 2017, and run for three days until December 14.