IOTA Shoots for Moon; Beats Ripple and Litecoin in Capitalization 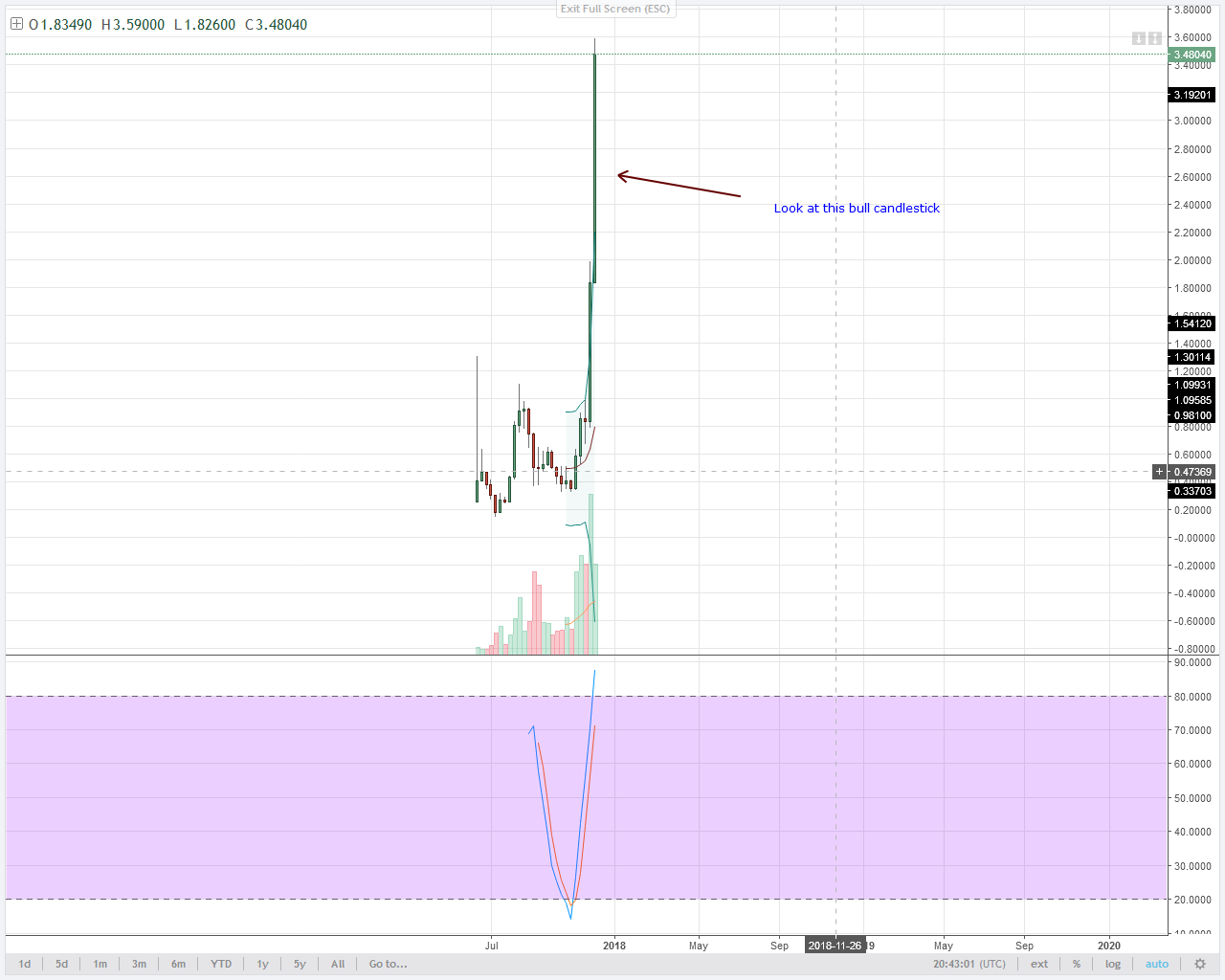 Following last week’s news that IOTA is launching an IoT (Internet of Things) based data sharing marketplace in partnership with some big companies including Microsoft, its price has jumped considerably. Crypto investors and traders have been clamoring to get their hands on the vastly undervalued asset which has shot up from around $0.8-$1.2 at the time of the announcement to over $4.7 today.

The surge in interest and investment has pushed IOTA into the big league of cryptocurrencies where it is now positioned at number four with a market cap of $12.4 billion. It has surpassed Ripple which has a $9.5 billion market cap and is way ahead of Litecoin with $5.6 billion.

News filters slowly around the world and IOTA investors are still piling into the coin this week causing the price to soar. The MIOTA token has jumped roughly 350% in a week and it continues to spike. Fear of missing out (FOMO) is likely to be a factor influencing the price hike as more people hit the exchanges to trade their Bitcoin for Miota.

Touted as the next generation of the blockchain, IOTA works slightly differently to regularly distributed ledger assets such as Bitcoin or Ethereum. The new architecture is referred to as a Directed Acyclic Graph, or ‘Tangle’, and it works without blocks or a chain. It is more like a web of nodes that can get verified at high speed so that it does not need miners and there are no slow transaction delays or associated expenses.

The only problem with a crypto like IOTA is that many major exchanges including Bittrex, Kraken, and Cex.io do not list it. It is available on Taiwanese based Bitfinex, but not to US citizens, so the only option is Hong Kong-based Binance for many. Limited to just one exchange has limited its uptake, and this applies to any altcoin that is not listed on all exchanges. To get in on the action for a wide scope of altcoins traders must open accounts on all exchanges which can be arduous and will rack up fees and commissions. This alone has probably caused a lot of traders’ FOMO to be realized with the latest surge in IOTA.

The hope is that a blockchain solution such as BitShares or the one in development by OmiseGO will soon be available and widely adopted to facilitate high speed, low-cost exchanges across all cryptocurrencies without the use of centralized and sluggish exchange companies. Until then we will have to find our own ways of getting on the next crypto gravy train.