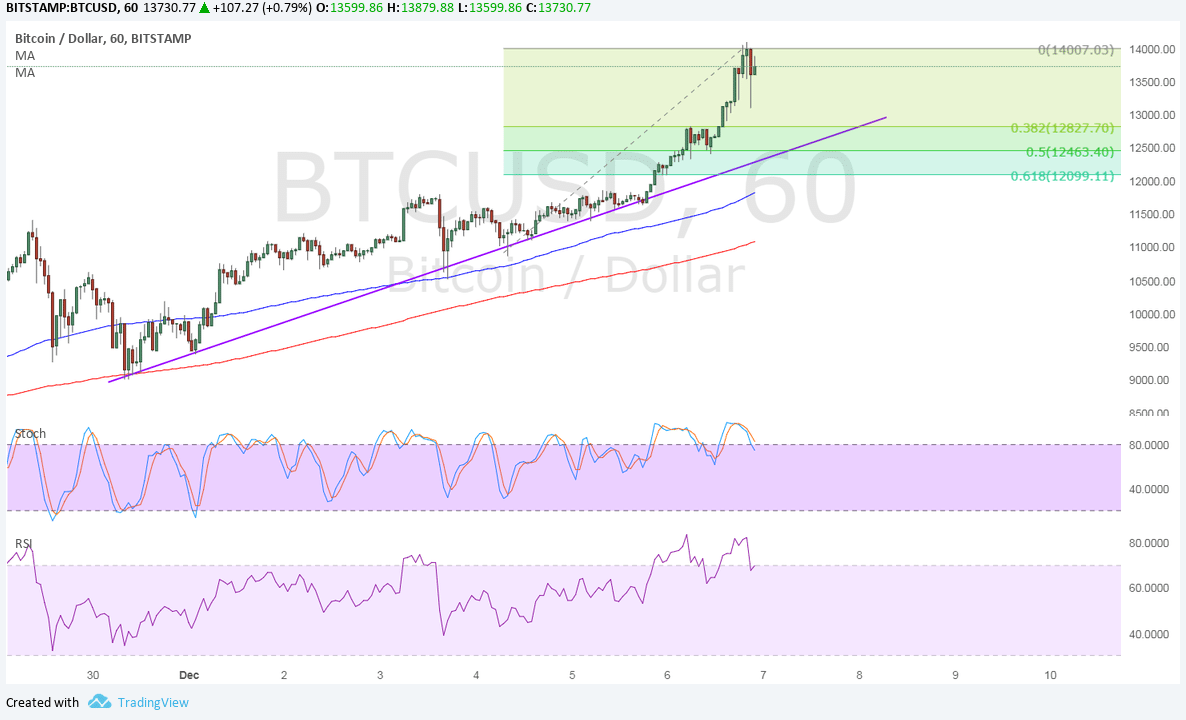 Bitcoin price could be due for a quick pullback from its latest rally, offering more bulls a chance to join in.

The 100 SMA is above the longer-term 200 SMA on the 1-hour time frame so the path of least resistance is to the upside. This means that the rally is more likely to continue than to reverse. Also, the gap between the moving averages is widening to reflect stronger bullish momentum.

However, stochastic is starting to turn down from the overbought region once more, signaling that sellers are getting ready to take over price action. Similarly, RSI is on the move down to signal a pickup in bearish pressure that could keep the correction going.

Buyers could return once the oscillators hit oversold levels and turn back up. The 100 SMA might also hold as near-term support in a larger pullback, as this coincides with a broken resistance around $11500. Institutional investor interest leading up to the launch of CBOE bitcoin futures by December 10 is building up and ramping up demand for the cryptocurrency. This comes ahead of the CME launch on December 18 and the Nasdaq’s own by early 2018.

Rising volumes and increased activity is to be expected as this would make bitcoin more accessible to retail trading. However, it could also lead to increased volatility. Three derivative products that would enable traders to short bitcoin are also rumored to be out before the end of the year.

Meanwhile, the dollar is waiting on tax reform progress and the NFP report. Weak results could undermine 2018 rate hike hopes while strong data could spur the dollar higher.