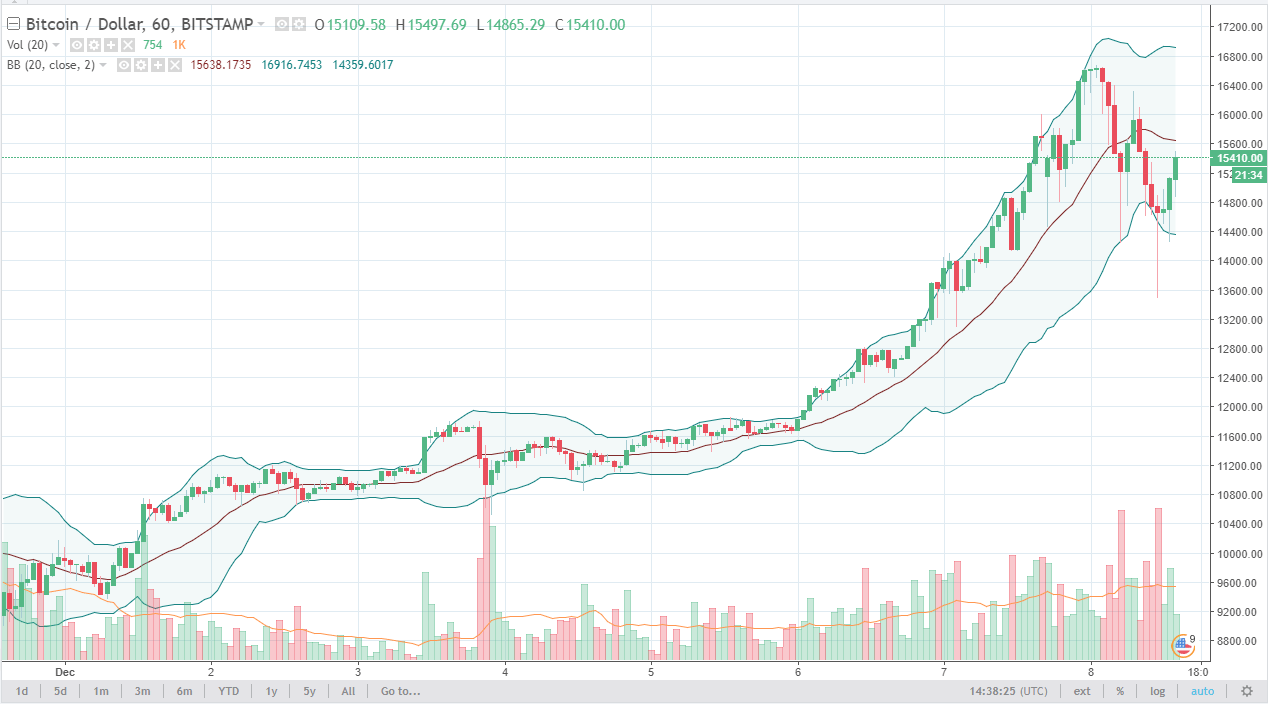 Bitcoin has been extraordinarily volatile over the last couple of trading sessions, and yesterday saw a massive divergence and pricing as at one point there were differences of several thousand dollars depending on which exchange you are on. However, looking at the charts it appears that we are ready to continue going higher, and at this point I think that the 16,800 level will be targeted again. Bitcoin also fell against the Japanese yen after initially surging higher, reaching down towards the ¥1.7 million level on BITFLYER. We have rallied since then and it looks like we are ready to retake the ¥2 million level. The volatility continues to be extraordinarily dangerous, but given enough time it appears the buyers are willing to step back into this market.