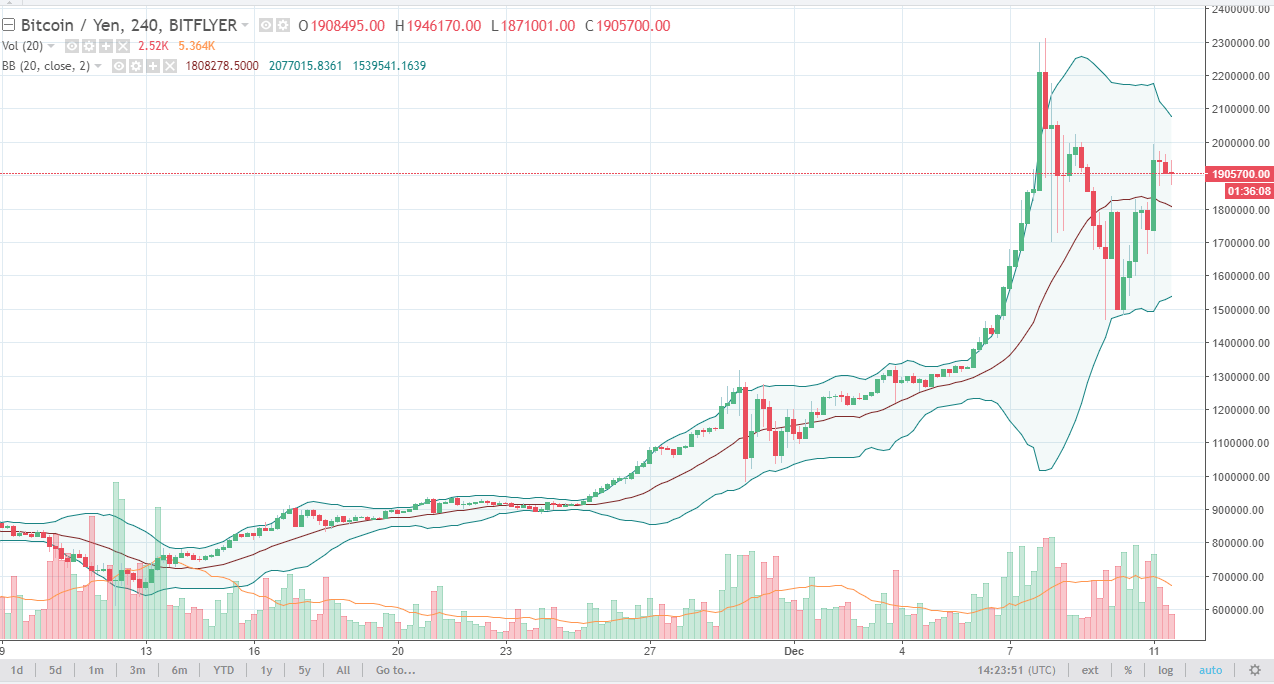 Bitcoin has been very volatile over the weekend, reaching as low as $13,000. However, after futures trading opened a, it became apparent that buyers were jumping into the Chicago exchange. Because of this, I believe there has been a bit of a “knock on effect” in the underlying asset. At this point, a break above the $17,000 level suggests that we are going much higher. Otherwise, expect pullbacks to eventually find support. Bitcoin fell rather significantly against the Japanese yen over the weekend, but found enough support at the ¥1.5 million level to turn around and rally back towards the ¥2 million level. A break above that ¥2 million level suggests that we are going to continue to go much higher. One thing you can count on, that the volatility is only going to get worse from here.

Thanks for watching, I’ll see you again tomorrow.