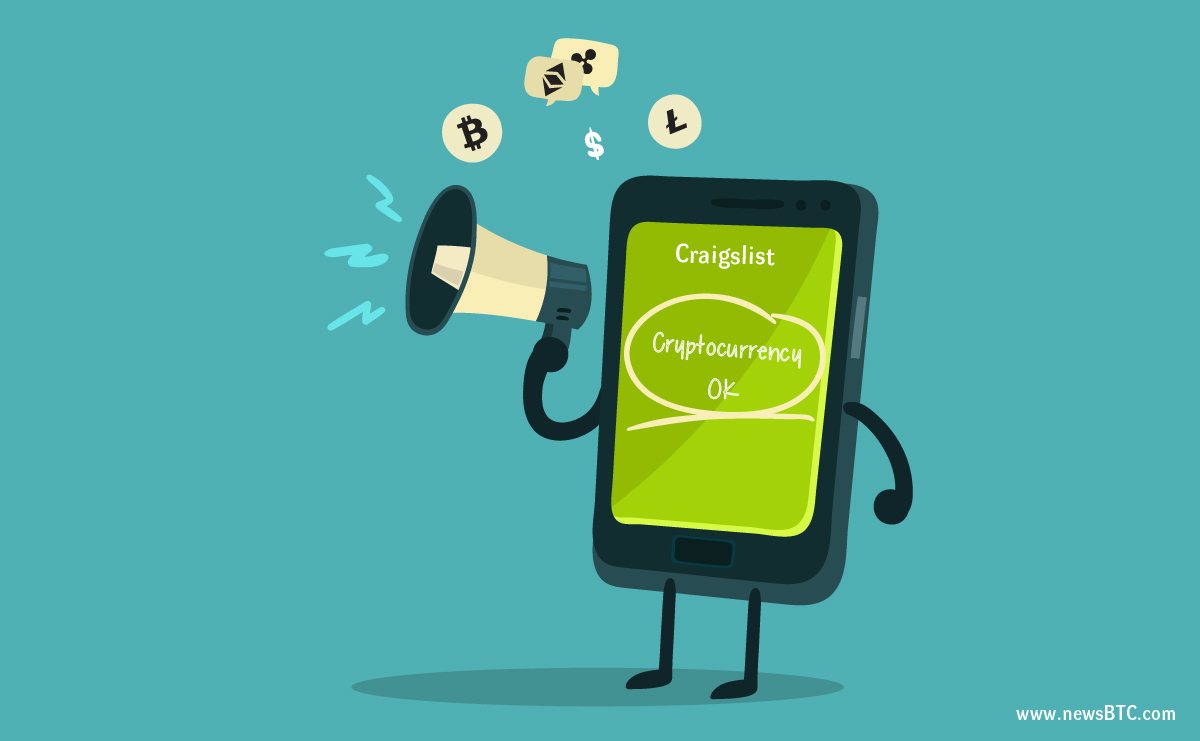 The classified ads website Craigslist recently added the option for buyers and sellers to specify that they’d like to transact using cryptocurrency. The new feature was added late last week to little fanfare. It was another cryptocurrency news outlet that picked up the development that was subsequently reported in The Verge and other publications.

To use the option, sellers simply check a box when posting their listing. Meanwhile, those wishing to buy goods or services with cryptocurrency just filter their search results by using the option “cryptocurrency ok” down the right-hand side of the screen.

Interestingly, Craigslist doesn’t force users to specify which cryptocurrency they wish to use for purchases. It also doesn’t exclusively target Bitcoin users unlike most adopters of digital currency. This is because Craigslist do not deal with any payments themselves and therefore it makes little difference to them if you swap an Ether for an X Box, a NEO for a pair of sneakers, or even an assortment of red magic beans for some yellow ones. As such, it’s up to the seller to decide which of the myriad digital currencies available that they’re happy to accept.

This means that those wishing to buy or sell using cryptocurrency will likely be unaffected by the issues that caused online video game vendor Steam to stop accepting Bitcoin transactions last week. According to a statement from the news section of Steam’s website, the company were forced to discontinue Bitcoin payments because of extreme daily volatility, as well as long transaction times.

Presumably, because Craigslist sellers set their own terms for payment, they can negotiate with the buyer to mitigate some of the problems Steam faced should they decide to take Bitcoin. If they elect to transact using a different cryptocurrency, there will likely be less delay in receiving funds, and as such, the volatility will be less relevant than it was for the likes of Stream.

Despite it being just days since the option was launched, vendors on the classified ads site are already taking advantage of it. A browse of the adverts based in Brooklyn, New York, shows several sellers willing to accept some form of crypto for payment for their listings. Meanwhile, UK users are somewhat more limited with crypto listings. However, a reasonably priced games console and TV combination were amongst the items that could be swapped for some undisclosed cryptocurrency.

Some have suggested that using cryptocurrency to pay a complete stranger off the internet for something could prove safer than traditional currency. However, despite not having to carry a wad of cash to the meeting point, the person you’re buying off will know you have access to cryptocurrency. There have already been cases of extortion surrounding peer-to-peer Bitcoin trades. Malicious sellers could use the lure of a ridiculous deal to draw crypto users to them and once identified, threaten them with violence to relinquish funds either then and there, or at a later date. If you’re thinking of using Craigslist to buy goods or services with crypto, you really shouldn’t consider it any safer than cash.

Tags: adoptionalt coinaltcoinsbitcoinBitcoin Newscraigslistcryptocurrencyuse cases
TweetShare
BitStarz Player Lands $2,459,124 Record Win! Could you be next big winner? Win up to $1,000,000 in One Spin at CryptoSlots