Opportunity Knocks and SophiaTX is Answering the Door 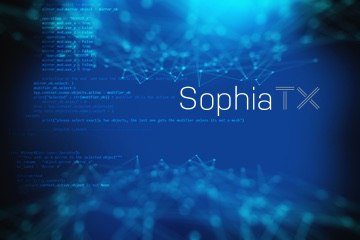 SophiaTX, considered the Ultimate Blockchain for Business, just entered the final round of a very successful Token Generation Event (Dec. 7 – 17), where they have already raised well over $11 Million USD. The unique, purpose-built blockchain platform and marketplace were designed from the ground up for the specific purpose of integrating enterprise applications such as ERP, SCM, and CRM systems into a collaborative environment across multiple enterprises and industries.

SophiaTX is ready to show off what it can do for businesses on a global scale. They just opened pre-registration for Early Adoption Program which will launch in early 2018. The program is aimed at both individuals (enterprise applications experts, consultants, and architects) and organizations.

The early adoption program offers exclusive, membership only access to SophiaTX technology, the use of a testnet platform, detailed use case description for implementation, and learning opportunities for businesses regardless the size small or large. Interested parties can subscribe to the early adoption program on the SophiaTX website. As a small sample of SophiaTX potential, the company has outlined a use case which they affirmed, by way of fully functional proof of concept.

Extensive research of today’s business models and practices found that more than 90% of all invoices worldwide are still processed manually (via mail, print, email, and other manual methods) which consume valuable time, resources and increase the costs.

“The main problems with traditional e-invoicing is that it remains cumbersome in adoption, is relatively expensive to implement and is rather limited to a selected type of document. This is where blockchain technology offers faster adoption and a true, peer-to-peer information exchange of relatively unlimited types of documentation.” said Jaroslav Kacina, SophiaTX CEO.

SophiaTX takes the process multiple steps further by inputting the e-invoice data to their own blockchain, then automating that information to an easily accessible and provable e-invoice document which can be sent to the intended party. This is verifiable via the immutable, transparent ledger which keeps a detailed, time-stamped record of each step of the process (known as transactions).

Having easily verifiable data records is extremely important. Their research has shown that 47% of business receivables were fraudulent invoices in 2016. Additionally, 40% of European invoices are defaulted on or paid late with less than 10% of invoices being currently digitised. There is no common or affordable data exchange platform among trading partners which hinders the possibilities to create a collaborative ecosystem to help solve major problems with the current system.

Tags: blockchain technologySophiaTX
TweetShare
BitStarz Player Lands $2,459,124 Record Win! Could you be next big winner? Win up to $1,000,000 in One Spin at CryptoSlots