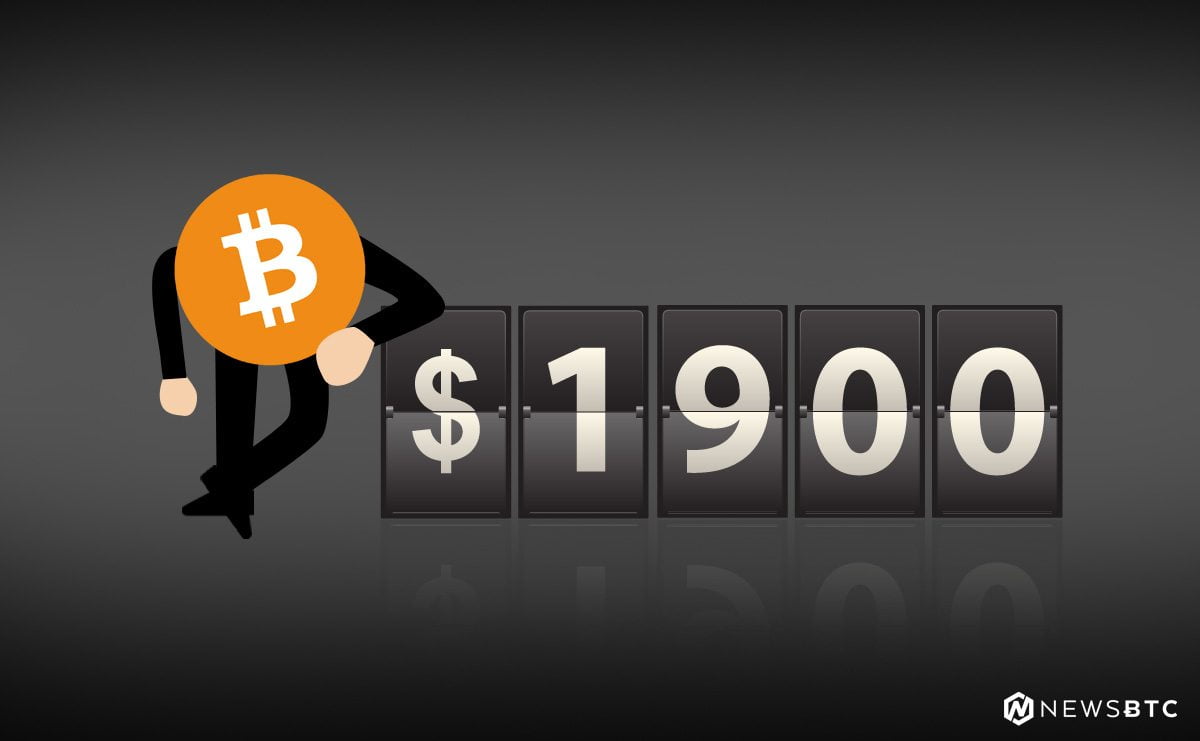 Bitcoin cash price made a sharp upside move above $1900 against the US Dollar. BCH/USD is currently correcting lower but remains buy at $1700.

Yesterday, I mentioned that bitcoin cash price is in an uptrend above the $1600 level against the US Dollar. The price made a nice upside move and was able to trade above the $1800 and $1900 resistance level. The upside move was strong as the price traded close to the $2000 level and made a high at $1997. Later, a downside correction was initiated and the price moved below the 23.6% Fib retracement level of the last leg up from the $1440 low to $1997 high.

However, there are many supports on the downside such as $1750 and $1720. There is also a new major bullish trend line forming with support at $1720 on the hourly chart of BCH/USD. The trend line support is around the 50% Fib retracement level of the last leg up from the $1440 low to $1997 high. Therefore, the $1720 support is likely to act as a strong barrier for more declines. Moreover, the $1700 handle is also a decent support. The last line of defense could be around the $1650 support.