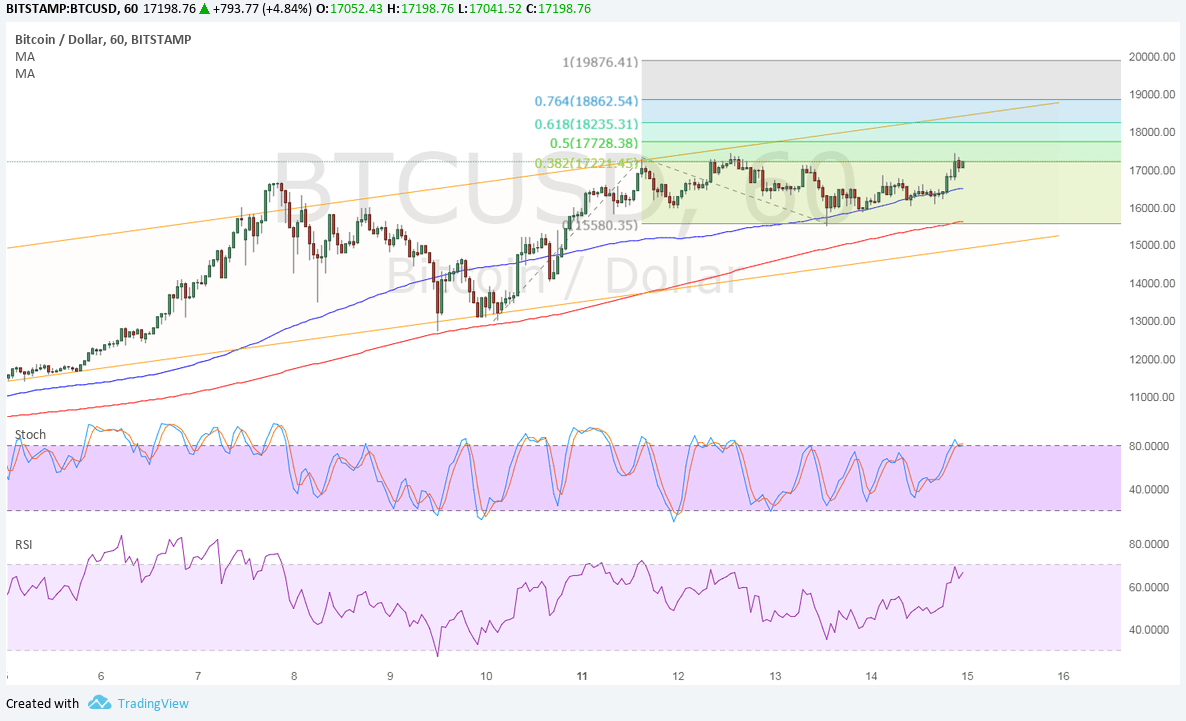 Bitcoin price has bounced off its mid-channel area of interest and is resuming the climb to the resistance.

The 100 SMA is above the longer-term 200 SMA to signal that the path of least resistance is to the upside. This means that the rally is more likely to resume than to reverse. Also, the 100 SMA recently held as dynamic support.

The gap between the moving averages is narrowing to signal weakening bullish momentum. Stochastic is on the move up but is closing in the overbought level to indicate that buyers are feeling exhausted and may let sellers take over. RSI is also heading north and is approaching the overbought area. If sellers return, a deeper pullback could be underway, taking bitcoin price to the 200 SMA dynamic support or the channel bottom at $15,000. Stronger selling pressure could lead to a downside break of the channel support and a prolonged selloff for bitcoin price.

CME is moving close to launching its own bitcoin futures, which is expected to bring more investor interest. A number of funds have also included bitcoin futures in their portfolios while some are offering short contracts at high margins.

Meanwhile, the dollar has been moving sideways against most of its peers lately but could draw more support once US lawmakers approve the final version of the tax bill.