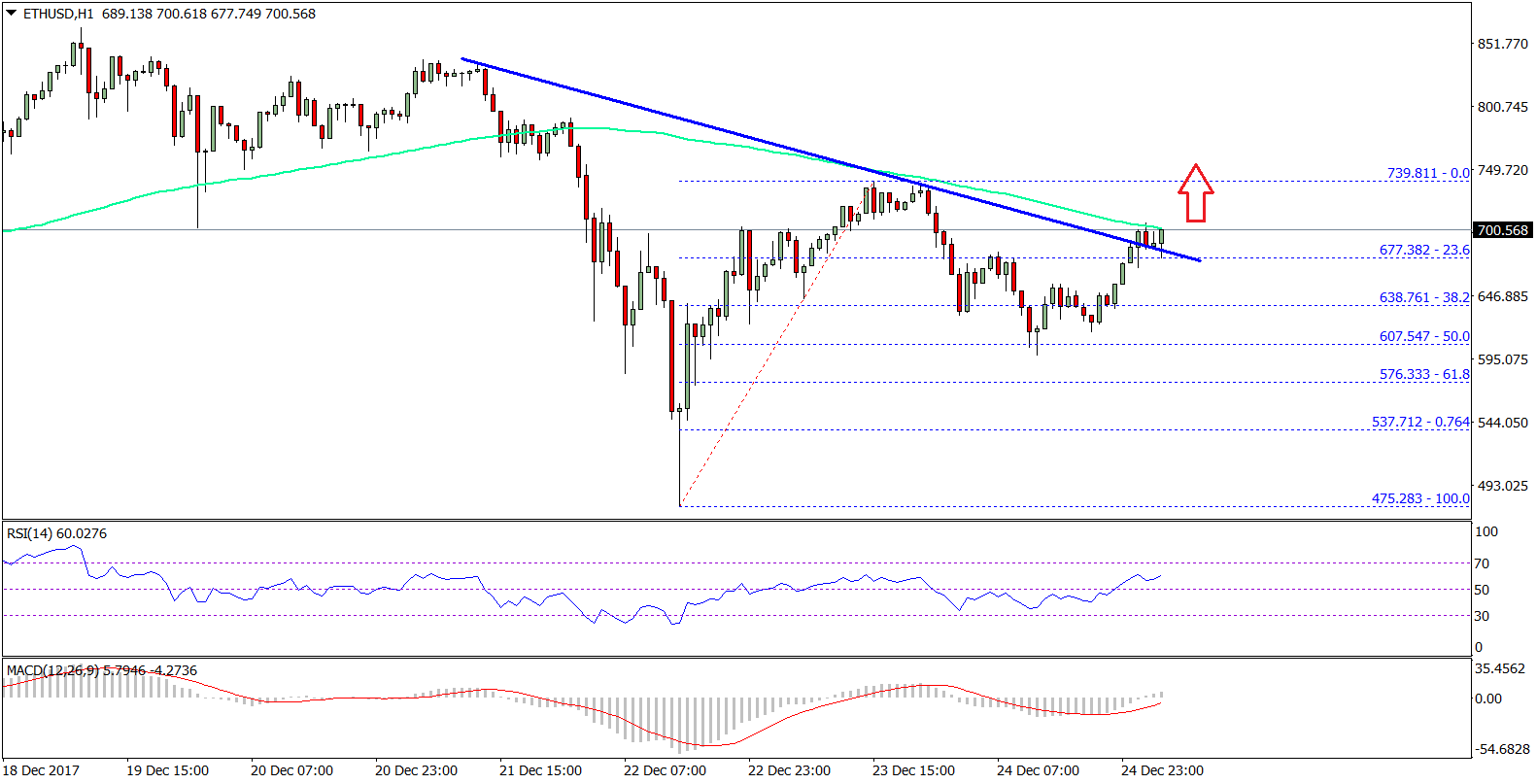 Ethereum price looks like completed a correction against the US Dollar and Bitcoin. ETH/USD might recover further above $700 in the near term.

Recently, we saw a lot of swing moves in ETH price above $550 against the US Dollar. The price corrected towards the $740 level where it faced sellers and started a downside move once again. It traded below the 23.6% Fib retracement level of the last wave from the $475 low to $739 high. The downside move was mostly a correction wave as it remained supported above the $570 level.

There was a complete test of the 50% Fib retracement level of the last wave from the $475 low to $739 high. It was a positive sign and after testing the $605 support area, the price started a fresh upside wave. It has moved above the $680 pivot and is slowly gaining momentum. During the upside move, there was a break above a bearish trend line with resistance at $670 on the hourly chart of ETH/USD. It has opened the doors for more gains and the pair has move above the $700 level. Hourly MACD – The MACD is moving back in the bullish zone.

Hourly RSI – The RSI is moving higher and is nicely placed above the 50 level.