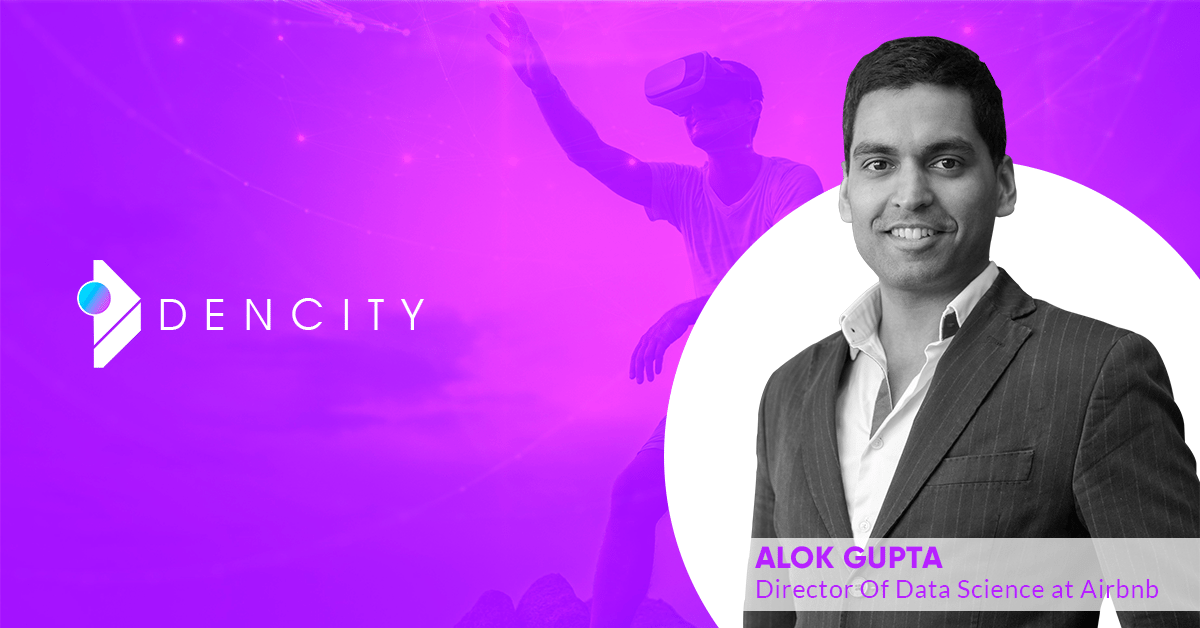 In the past few articles, we talked about the people who will be joining the DenCity advisory board. Going ahead with the same trend, we are proud to announce that Alok Gupta, Director Of Data Science at Airbnb will be joining us as an advisor on the DenCity board.

Alok has been instrumental in building the data sciences team at AirBnb which is a great factor in Airbnb becoming the $31 Billion mammoth that it is today.

Currently, he is leading the Guest Experience Data Science Team at Airbnb which focuses on Growth, Search, Booking, and Engagement.

“Our team is really excited by the developments in the past few weeks. With backing from such an established personality in Silicon Valley, this has again made our belief stronger in the path that we have chosen to take blockchain to masses.”

Previously, Alok was at Stanford University where he with a few other Airbnb data scientists studied the social consequences of sharing goods and services with strangers.

Before his stints with Airbnb and Stanford, he was a high frequency trader on Wall Street where he worked with corporations such as Deutsche Bank and BNP Paribas.

Alok possesses an equally stellar academic background with graduation from University of Cambridge and post graduation in Mathematics, Finance from prestigious Imperial College, London. After this, he went on to do his PhD in the same from University Of Oxford.

Alok has been one of the most prominent figures in the Silicon Valley and widely regarded for his expertise in big data.

Our team will be seeking his guidance to employ big data in taking the platform to everyone and providing a personalised experience to its users.

DenCity is all set to go live with its ICO on December 31, 2017. Check our website for more details.