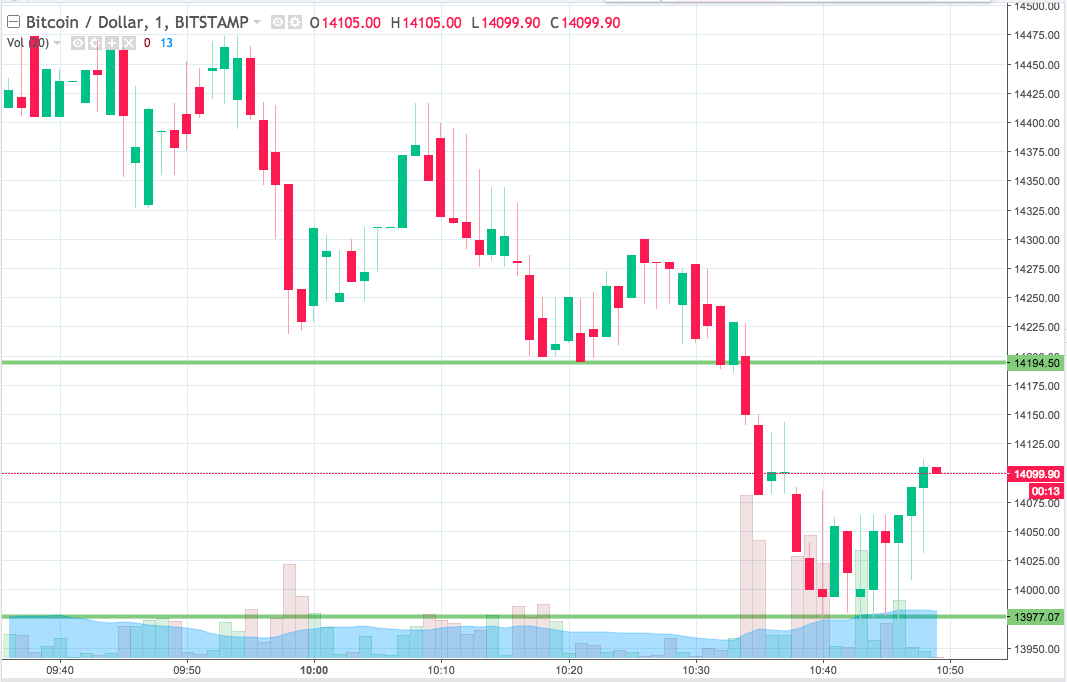 The final week of December is always something of a strange period in the equities markets and, indeed, in many of the major financial asset markets across the globe. Most markets have reopened by now subsequent to the Christmas break but many are trading on relatively low volume and this can impact not only how much things move but also the way in which they move into the New Year.

In all honesty, things don’t really get going again until January 2.

This doesn’t mean there aren’t any trades to be had, of course. It just means we’ve got to be a little bit more careful with our target and risk management placement so as to account for any unusual activity.

So, with this noted, get some levels in place that we can use to try and draw a profit from the session today. As ever, take a quick look at the chart below before we get started so as to get an idea where things stand and where we are looking to jump in and out of the markets as and when things move. The chart is a one-minute candlestick chart and it has our key range overlaid in green. As the chart shows, then, the range that we are looking at for the session this morning comes in as defined by support to the downside at 13977 and resistance to the upside at 14194.

We’re going to lead the charge today with our breakout strategy, so the two trades we are looking at initially are as follows: