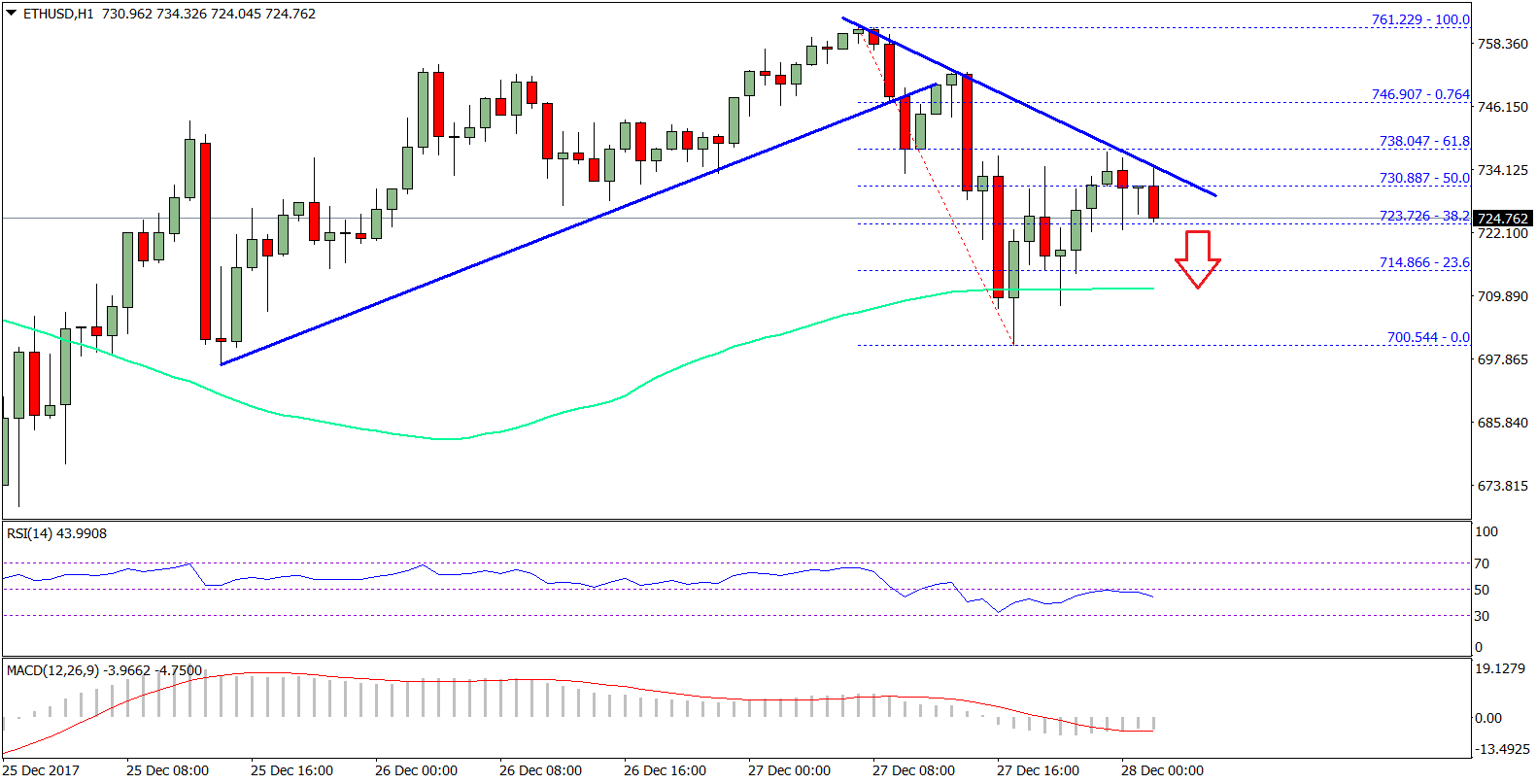 Ethereum price is currently correcting lower against the US Dollar and Bitcoin. ETH/USD might decline in the short term to test the $700-715 support area.

There was a slow a steady rise in ETH price above the $750 level against the US Dollar. The price traded higher and traded as high as $761.22, where it faced sellers. A short-term correction was initiated from the mentioned $761 high. ETH moved down and broke the $750 support area. There was also a break below a major bullish trend line at $746 on the hourly chart of ETH/USD. It seems like the price has completed a short-term correction near $730 and it might decline once again. It can retest the $700 support zone, which is a major buy zone. Overall, the price might continue to trade in a range before making the next move.

Hourly MACD – The MACD is reducing its bearish slope, but there is no bullish sign.

Hourly RSI – The RSI is just below the 50 level and is moving lower.