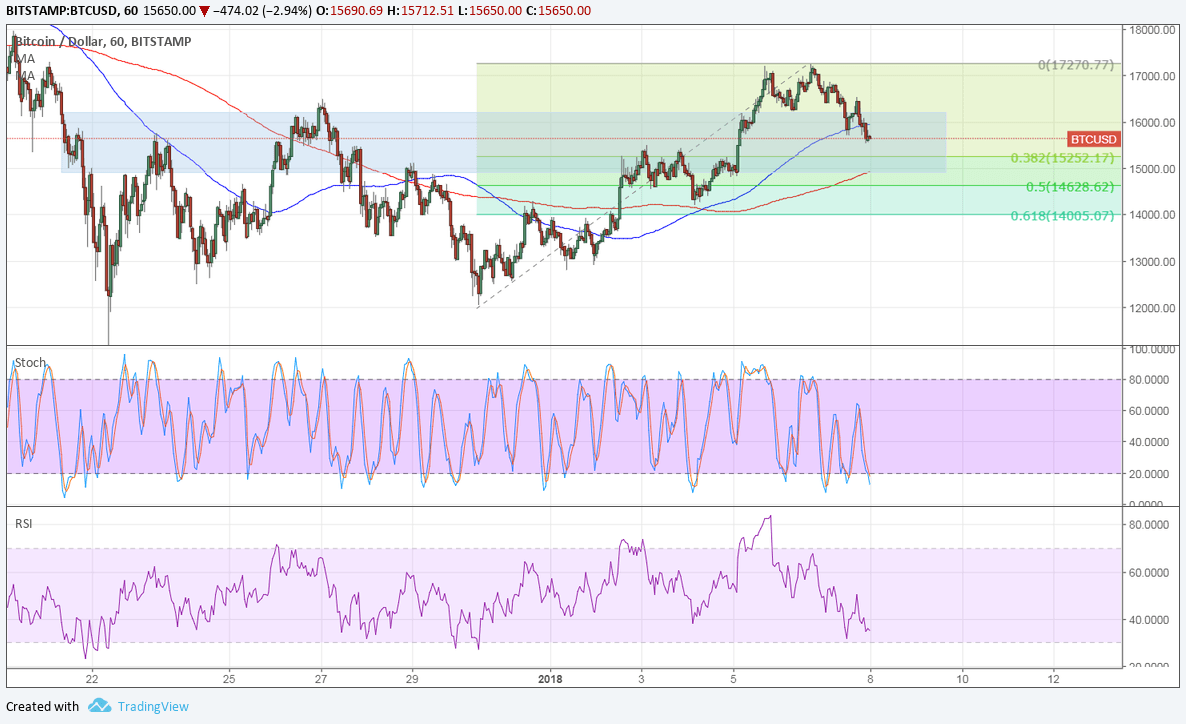 Bitcoin price is showing bullish momentum but is in the middle of a retest of a broken resistance area.

The 100 SMA is above the longer-term 200 SMA to confirm that the path of least resistance is to the upside. This means that the uptrend is more likely to continue than to reverse. Also, the 100 SMA is currently holding as dynamic support.

The 200 SMA is closer to the 50% Fib but might still hold as support since it’s within the area of interest or former resistance. The gap between the two moving averages is widening to reflect stronger bullish momentum.

Stochastic is in the oversold region to reflect exhaustion among sellers. RSI is also in the same area, so buyers could regain the upper hand as soon as both oscillators turn back up. Bitcoin price is struggling to stay afloat amid conflicting market factors pulling it in opposite directions. Demand remains supported as more investors have easier access to the cryptocurrency owing to the launch of bitcoin futures. However, the push for regulation in South Korea has limited activity.

In Japan, more businessmen are investing in bitcoin since the government has already recognized the cryptocurrency as legal tender last year.

Meanwhile, the dollar has gained some support from the latest NFP release as it kept Fed rate hike expectations in play. There’s not much in the way of major releases from the US, apart from the CPI and retail sales later in the week, so traders might pay closer attention to remarks from central bank officials in the days ahead.