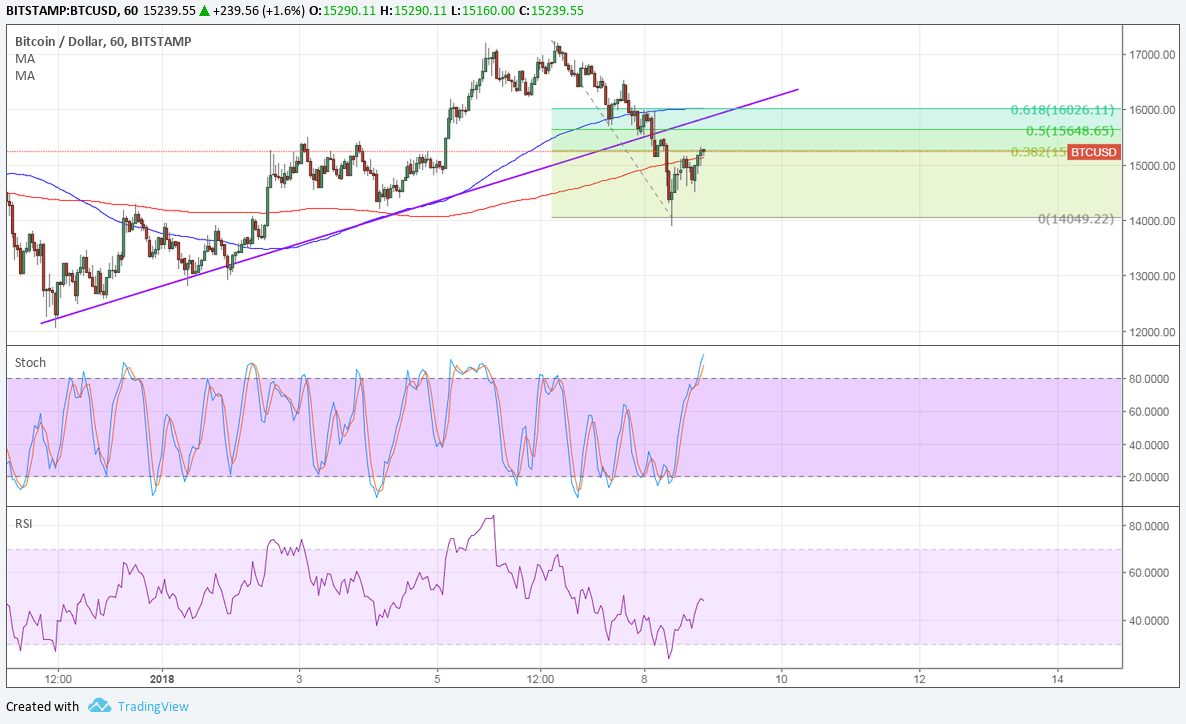 Bitcoin price broke below a rising trend line to signal a reversal, which might gain traction after this pullback is completed.

Stochastic is on the move up to indicate the presence of bullish momentum but the oscillator is already in the overbought zone to reflect rally exhaustion. RSI has plenty of room to climb before reaching overbought levels, so bulls could keep the correction going for a bit longer. Bitcoin volumes have taken a significant hit last week on increased regulation in South Korea and appetite for altcoins, as well as equities. Traders continue to liquidate some of their holdings as bitcoin price appears unable to regain ground enough to attempt creating new highs.

Meanwhile, the dollar has drawn some support from stronger expectations of Fed tightening owing to the tax reform package. Data has been mixed, with the NFP falling short and consumer credit signaling a pickup in spending.

US CPI and retail sales figures are due later in the week, and the attention could be fixed on inflation data. After all, several policymakers spoke of weaker price pressures that might weigh on rate hikes this year, so confirmation from CPI data could be crucial.

As it turned out, several bitcoin ETF proposals have been withdrawn recently due to concerns about SEC regulation, undermining confidence in the cryptocurrecy.