Blockchain Cryptocurrency and its Effects on Gambling Industry 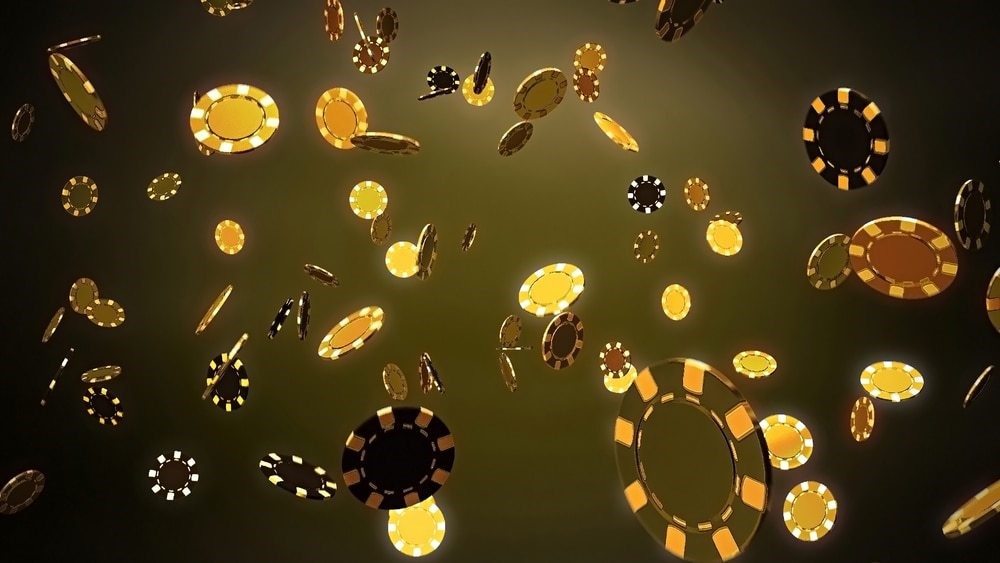 Ask around, and there are few people who have not heard of cryptocurrency. A few years ago, the concept was as abstract as astrophysics, but now everyone wants in on this new phenomenon. Before we delve into the intricacies of cryptocurrency and the blockchain technology that makes it all possible, it’s important to understand what it is. In its simplest form, cryptocurrency like Bitcoin offers a decentralized alternative to traditional transactions processing. The entire blockchain – the algorithmic code – that underpins the Bitcoin markets is not governed by a regulatory authority, a central bank, or any government. It is comprised of a series of decentralized nodes made up of everyone who is on the network. Such a concept has widespread applications. For starters, it provides near zero transactions costs, fees and commissions, rapid processing of transactions, no middlemen are required, and there is virtual anonymity depending on the network that is used to transfer the cryptocurrency. For poker aficionados, gambling gurus, and slots players this is a godsend.

One of the biggest problems that exist in the online gaming arena is regulation. People who are responsible by their very nature and wish to dabble in online poker games, online blackjack games, or online slots games may be prevented from doing so by state or federal regulations. In the US, the 2006 UIGEA created many obstacles for online poker 888 players and online casino players alike. On one fateful Friday – dubbed Black Friday – the world’s leading online poker rooms closed up shop after the Department of Justice and the FBI announced they would be shutting down major online poker rooms.

Did the UIGEA Facilitate the Rise of Bitcoin for Poker Players?

According to the DOJ, they were in contravention of the Federal Wire Act and were involved in money laundering activity. The problem at the time (and it remains a federal law) is that banks and financial institutions are not allowed to process transactions to online betting sites. Leading online poker operators fled the US, returning in late 2013 after the state of New Jersey opened up online gaming to its residents.

Can Bitcoin and the blockchain technology that it is fashioned off provide the necessary solution to players wanting to enjoy real-money poker games like Texas Hold’em, Omaha Hi, Razz, Caribbean Stud Poker, 7 Card Stud and others? The answer is a definitive yes. Since Bitcoin is not fiat currency, and it is not operated by banks or financial institutions – there is no reason why it cannot be accepted by online poker rooms of the major brands. By dint of its decentralized status, it is an accepted form of digital payment.

The widespread acceptance of Bitcoin in modern-day society is it saving grace. More e-commerce transactions, more online gaming sites, more business to consumer operations are now accepting digital currencies than ever before. The explosive growth of Bitcoin in Q4 2017 has brought this cryptocurrency to the attention of the masses. From under $1,000 per coin at the start of the year in January 2017, Bitcoin rallied by almost 2,000% to hit $20,000 before retreating to $15,000 per unit.

Figures aside, the rapid rise in cryptocurrency is due to its mainstream acceptance throughout Asia and other parts of the world. The UK, EU, Australia, US, Canada, South Africa and other countries are now dabbling in Bitcoin trading, investing, and transactions processing. Bitcoin wallets and trading platforms are now pervasive and ubiquitous. Poker players were among the first to cotton on to this idea, as they believe theirs is not a gambling game – it is a strategy-based game. As such, the concept of ‘betting’ is less of a gamble than it is a punt on one’s abilities as a skillful player.

So, what are the advantages of playing poker with Bitcoin? For starters, poker players do not have to worry about regulatory authorities clamping down on their gaming activity since Bitcoin poker is not regulated by financial institutions. This confers many additional benefits on players such as freedom to play Texas Hold’em at any time. Since no fees need to be paid while transactions are being processed, online poker rooms like 888 poker and online poker players needn’t worry about these extra costs.

Another benefit of using Bitcoin for poker is the issue of inflation. Since inflation is impossible with Bitcoin – only 21 million BTC will ever be available in circulating supply, the quantity that is currently available is limited. This means that markets can never be flooded with excess BTC – only incremental amounts (fractional amounts) will be released at a decreasing pace. We already see this with huge dollar volumes of BTC trading, and low nominal volumes owing to the high price

Why have online poker rooms been slow to adopt Bitcoin?

Remember that Bitcoin was created by an entity, individual or group of people known as Satoshi Nakamoto back in 2008. When the white paper was released and Bitcoin was offered to the markets, it was worth mere fractions of a penny per unit. The currency was mined by powerful hardware and software and computer techies. As the currency gained greater traction with users, its value steadily increased and it hit a high of around $20,000 in 2017. It is possible to exchange this digital currency for goods and services, and fiat currency as well.

We have already listed several of the benefits associated with Bitcoin use for online poker games. In addition to its store of value function (a limited supply of BTC will be made available), the anonymity and safety features of Bitcoin are sacrosanct. Bitcoin poker games suffer from several problems including cryptocurrency thievery, fierce competition from other cryptocurrencies such as Ethereum, Litecoin, Ripple, Bitcoin Cash etc., and a low acceptance rate owing to its prohibitive transactions processing speed. Currently, only 7 transactions per minute can be processed by Bitcoin, while other options like Ripple can process thousands of transactions per second. Poker rooms also have to deal with the bureaucracy – the paperwork needed to maintain the books.

So, how will Bitcoin and online poker gel in the future? To put it mildly, top online poker rooms will be looking at ways of incorporating cryptocurrency in their range of accepted payment options if all the checks and balances add up. Bitcoin may not be the most efficient digital currency to use, given its slow processing times. However, poker players appear to be more interested in using their credit cards and their cold cash to fuel their strategic gameplay than pie-in-the-sky concepts like the bubble that may be Bitcoin. The issue of counterfeit activity is impossible with BTC given that each Bitcoin has a unique signature (code) attached to it. Since poker aficionados are dealing with finite quantities of authentic non-fiat currency, there is no risk of fraud with the cryptocurrency being used. A caveat is in order for poker fans – the security of Bitcoin wallets and cryptocurrency data must be safeguarded at all times. And if you’re rushing to cash in on a poker tournament, you don’t need to worry about a bank wire being processed – Bitcoin transactions and other cryptocurrency options can be processed immediately. Withdrawals are a lot quicker from your online poker account as well.

Several leading poker rooms now facilitate Bitcoin (BTC) transactions processing for the many benefits that it confers upon players. Bitcoin casinos and poker rooms are rapidly growing in number, and for good reason. It is important to understand that cryptocurrency is inherently volatile, and winnings of X amount of Bitcoin can be worth significantly more or less in fiat currency at any given time. Currently, there are well over a dozen leading online casinos providing gaming options with BTC. Many of these online casinos and online poker rooms offer exclusive payments processing with Bitcoin, while others have included it as part of their range of payment options. We are on the cusp of major change in the gaming arena, and it is largely thanks to the widespread adoption of BTC in countries like South Korea, Singapore and the Philippines.