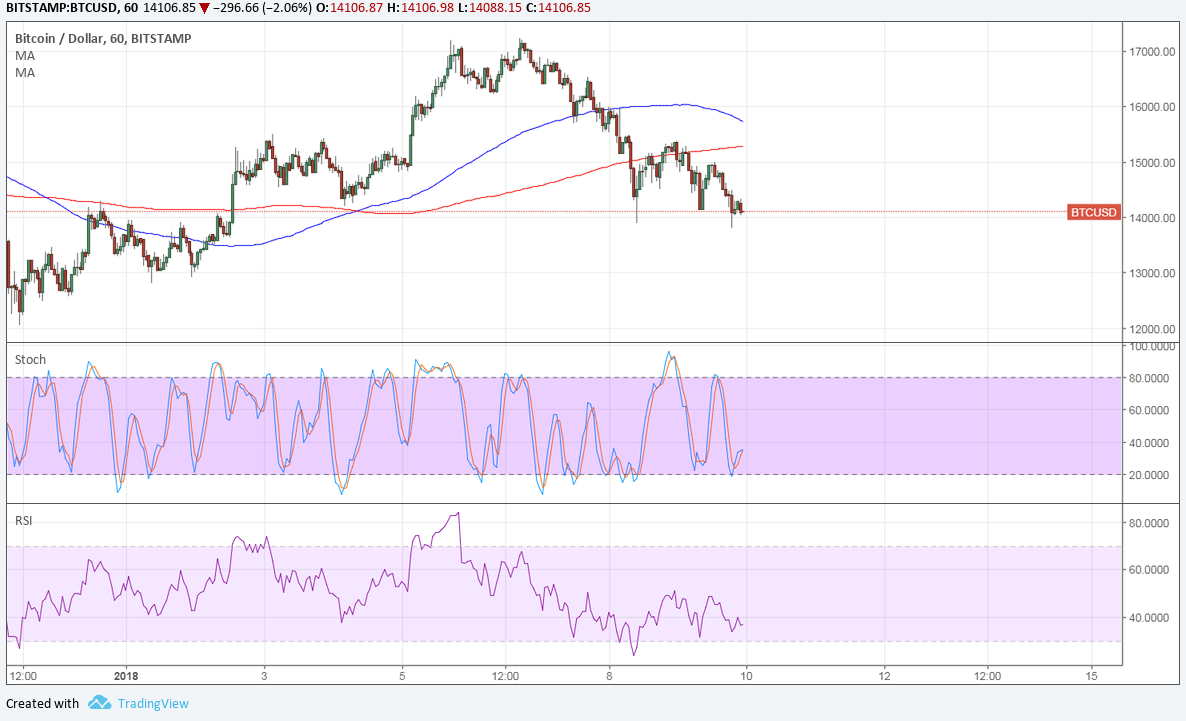 Bitcoin price is forming yet another selloff signal on a short-term time frame, but technical indicators are looking mixed.

The 100 SMA is still above the longer-term 200 SMA on this time frame to suggest that the path of least resistance is to the upside or that the rally could continue. However, the gap between the moving averages has narrowed significantly to show that a downward crossover and and pickup in bearish momentum is imminent.

Stochastic is pulling up from the oversold region to signal a return in buying momentum while RSI also appears to be slowly heading north as well. Dollar demand has once again ticked higher on record high Treasury yields, as well as record closes for equity indices. Traders are now looking ahead to a positive earnings season scheduled to start on Friday, and these upbeat expectations are likely to be sustained as tax reform kicks in.

“On a call with the Staff on January 5, 2018, the Staff expressed concerns regarding the liquidity and valuation of the underlying instruments in which the Fund intends to primarily invest and requested that the Trust withdraw the Amendment until such time as these concerns are resolved. In response to the Staff’s request, the Trust respectfully requests withdrawal of the Amendment.”

This cryptocurrency is also losing ground to its altcoin rivals, as well as equities that are performing better.