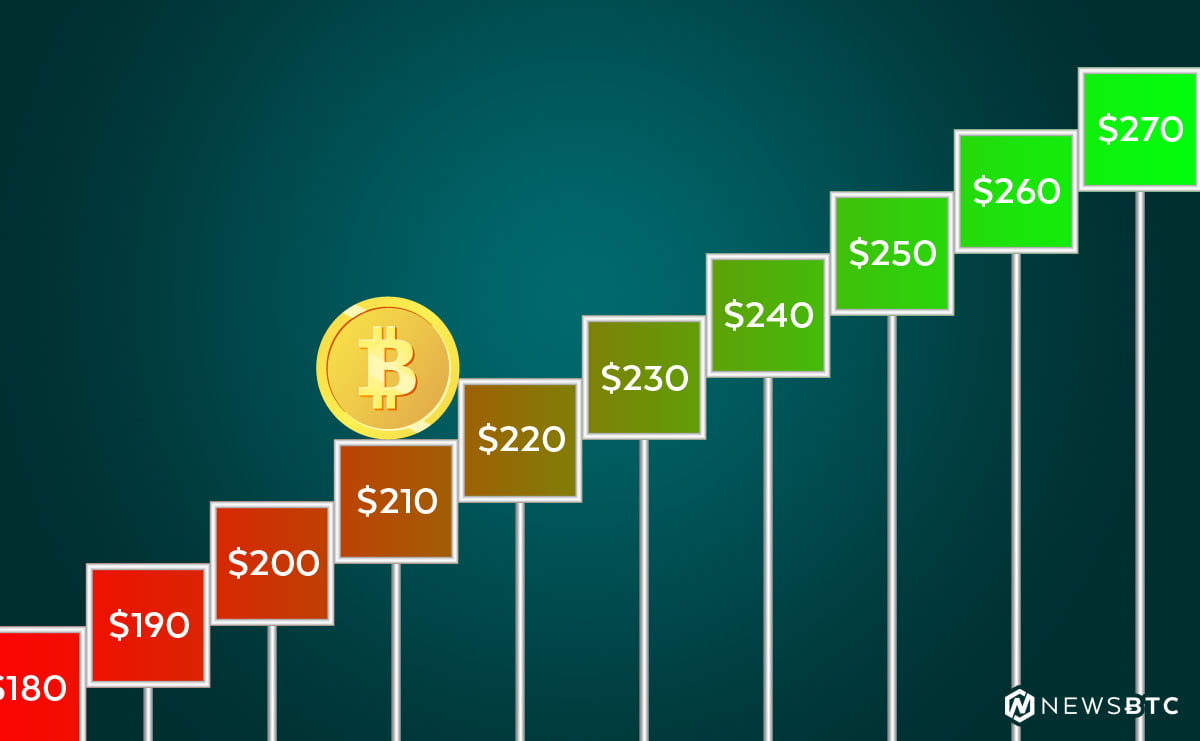 Bitcoin gold price declined towards $200 against the US Dollar. BTG/USD is currently showing a lot of negative signs and is below the $230 resistance.

There were continuing declines in bitcoin gold price below the $240 support against the US Dollar. The price extended its recent decline and moved below the $220 and $210 support levels. It even attempted a break below the $200 level and formed a low at $199.83. Later, it managed to recover slightly and it moved back above the $200 level. It also succeeded in breaking the 23.6% Fib retracement level of the last drop from the $246 high to $199 low.

However, there are many hurdles on the upside such as the $220 level. It is the 50% Fib retracement level of the last drop from the $246 high to $199 low. Above the $220-222 level, the next major resistance is around the $230 level and the 100 hourly simple moving average. There is also a major bearish trend line forming with resistance at $228 on the hourly chart of BTG/USD. Therefore, it seems like there is a key resistance area forming near $220-230 levels. 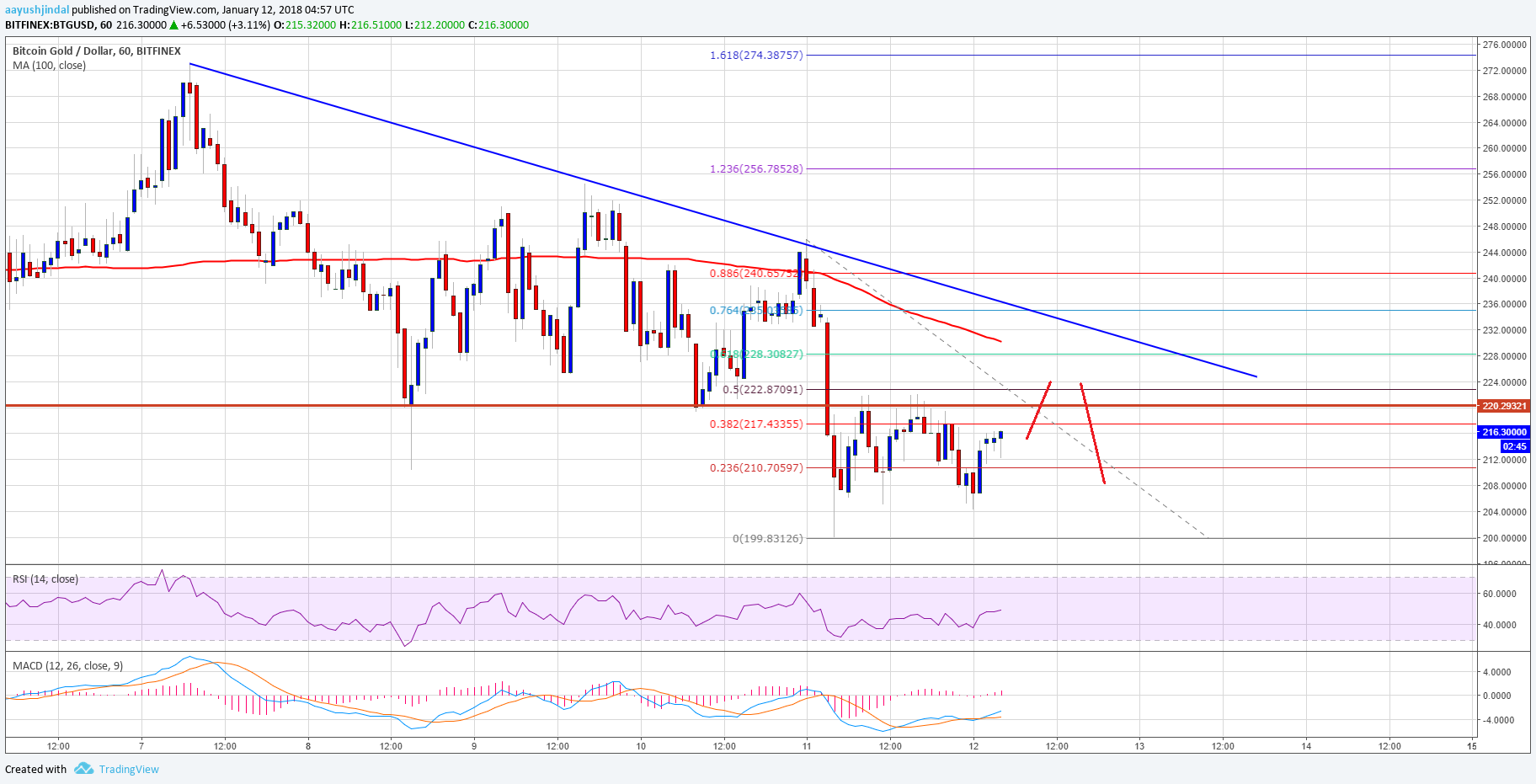 If the pair corrects higher from the current levels, it may face sellers near $220-230. On the downside, a break and close below $200 could escalate bearish pressure in the short term.

Hourly MACD – The MACD for BTG/USD is slightly placed in the bullish zone.

Hourly RSI (Relative Strength Index) – The RSI for BTG/USD is still below the 50 level.