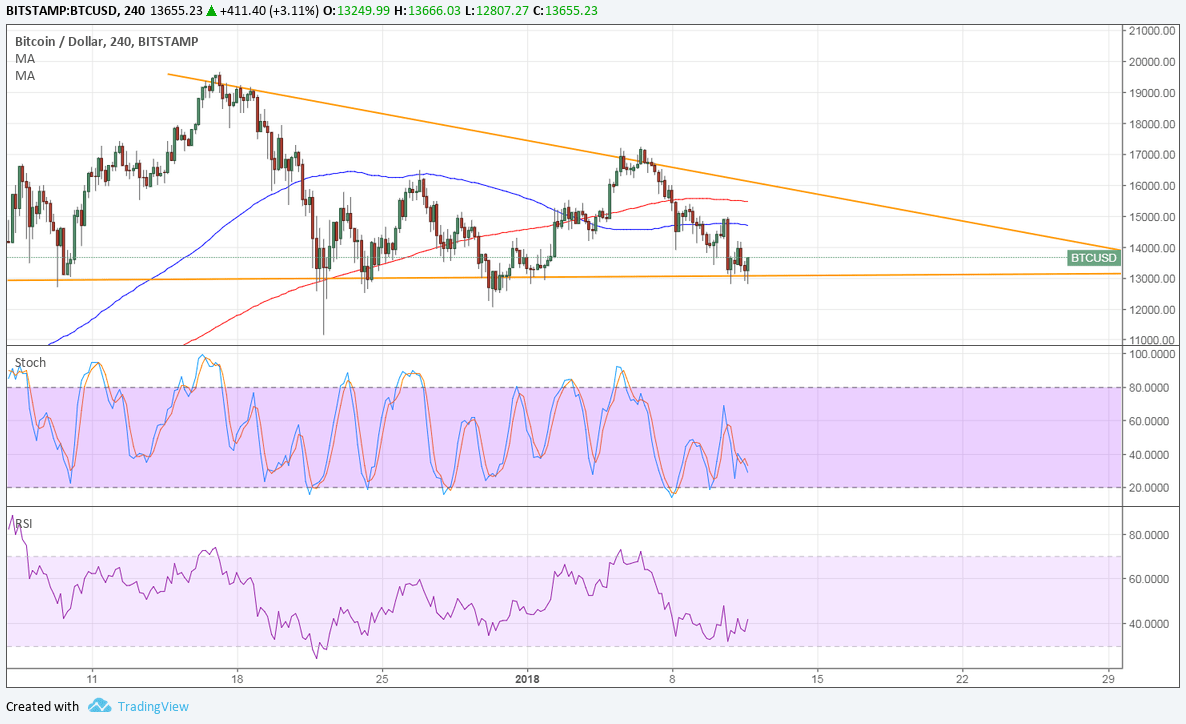 Bitcoin price is trading inside a descending triangle pattern and is currently testing support.

The 100 SMA is below the longer-term 200 SMA on this time frame, so the path of least resistance is to the downside. This suggests that the triangle support is more likely to break than to hold, possibly sending bitcoin price down by $6,000 or the same height as the triangle formation.

These moving averages are also close to the triangle resistance, adding an extra ceiling in the event of a move higher. Stochastic is pointing down to show that sellers have the upper hand but RSI looks ready to turn higher and indicate a return in bullish momentum. The US dollar was actually on weak footing as PPI numbers turned out weaker than expected and traders set their expectations lower for today’s CPI release. Note that downbeat inflation expectations are likely to weigh on Fed tightening odds.

Meanwhile, bitcoin price continues to reel from the lack of market interest as investors appear to be flocking to altcoins instead. South Korea also announced plans to ban bitcoin trading in the country, likely putting a huge dent on overall market activity.

In China, the government also ordered several mining facilities to close, causing costs to mine to surge.

“Some of our long-term hosting partners are facing a crisis of farm closure as mining resources in mainland China become more scarce, leading to rocketing costs of our cloud mining operation,” a statement from ViaBTC Technology Ltd., which runs the fourth-biggest bitcoin mining collective, said. “To guarantee the long run of cloud mining, ViaBTC has no choice but have to readjust our maintenance fees.”