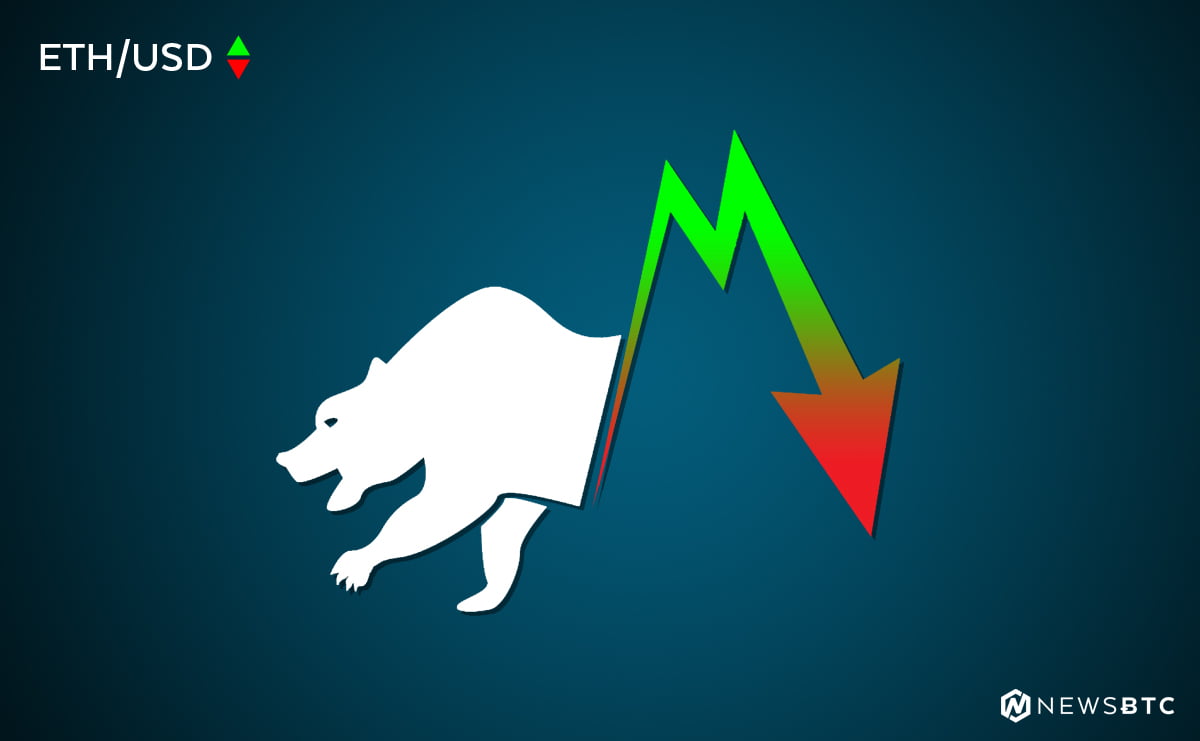 Ethereum price made a sharp U-turn against the US Dollar and Bitcoin. ETH/USD is recovering, but it is struggling to break the $1100 resistance.

There were further bearish pressures on ETH price as it moved below the $1100 support against the US Dollar. The decline was such that the price even failed to respect the $1000 support. The price fell even below $900 and traded as low as $858.12. It seems like there is a lot of bearish pressure since the price broke the $1100 support area. It is currently recovering and moved above the 23.6% Fib retracement level of the last decline from the $1373 high to $858 low.

However, the upside move is protected by the previous support at $1100. Moreover, the 50% Fib retracement level of the last decline from the $1373 high to $858 low is also acted as a resistance. At the moment, there is a new connecting bearish trend line forming with resistance at $1060 on the hourly chart of ETH/USD. The pair is once again showing bearish signs below $1000 and it may decline back toward $900 in the near term. If buyers fail to hold the $900 support, there can be a retest of the last swing low of $858.

On the upside, a proper close above the $1100 level is needed for buyers to gain traction in the near term.

Hourly MACD – The MACD is now strongly placed in the bearish zone.

Hourly RSI – The RSI is showing a lot of bearish signs and is below the 50 level.