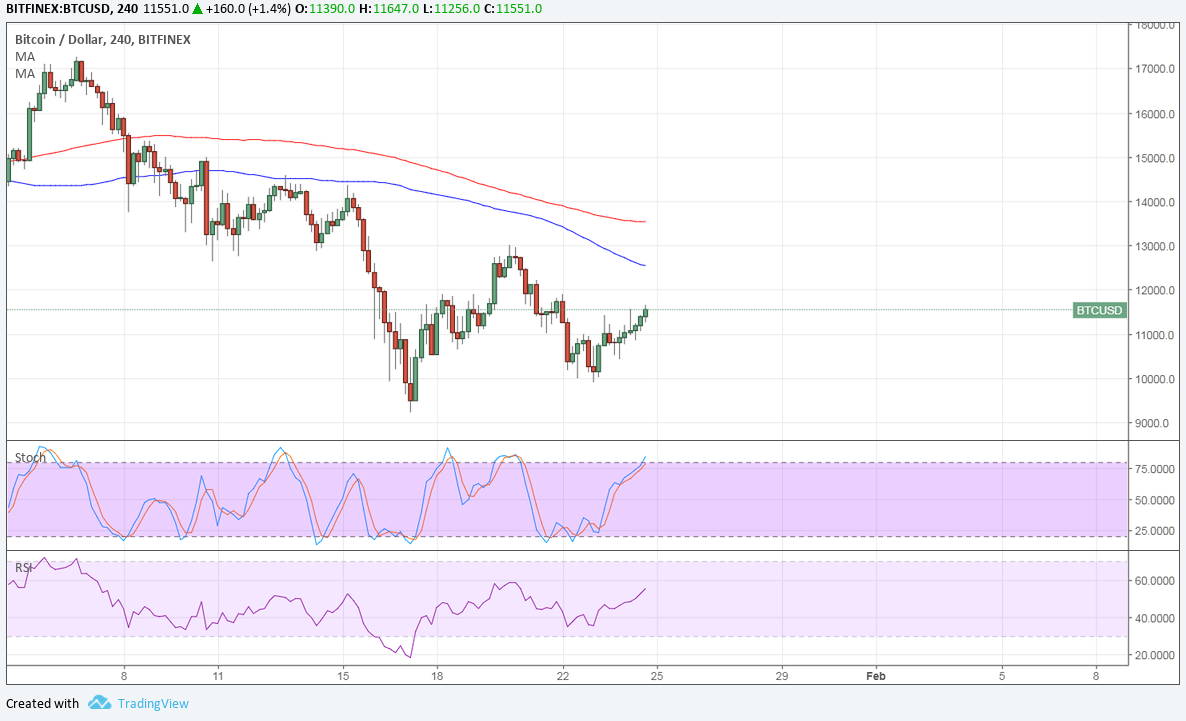 Bitcoin price appears to be forming a short-term reversal pattern on the 1-hour time frame as an early bullish signal.

The 100 SMA is still below the longer-term 200 SMA to indicate that the path of least resistance is to the downside. In other words, the selloff is still more likely to resume than to reverse.

In addition, the gap between the two moving averages is widening to signal stronger bearish momentum. These dynamic inflection points are close to the neckline, adding to its strength as a ceiling. Still, if an upside breakout occurs, bitcoin price could be poised to climb by $3,000 or the same height as the chart pattern.

Stochastic is moving up to show that buyers have the upper hand for now, but the oscillator is nearing overbought levels to signal rally exhaustion. RSI is also pointing north so bitcoin price might follow suit, but the climb could pause once it also hits overbought conditions. Dollar weakness came in play for yet another day, allowing BTCUSD to take advantage. As it turned out, Treasury Secretary Mnuchin’s remarks on how a weak dollar could be good for trade were interpreted as jawboning.

Besides, data from the US turned out weaker than expected and cast more doubts on the Fed’s tightening timeline for the year.

As for bitcoin price itself, bulls appear to be defending these key support zones well for now but traders are still holding out for stronger catalysts that could sustain the climb. It doesn’t help that more and more reports on the crypto crash are circulating the longer the selloff persists, drawing more sellers in the mix.