Bitcoin cash price mostly traded in a range above $1500 against the US Dollar. BCH/USD has to move past $1720-1750 to move further higher in the near term. 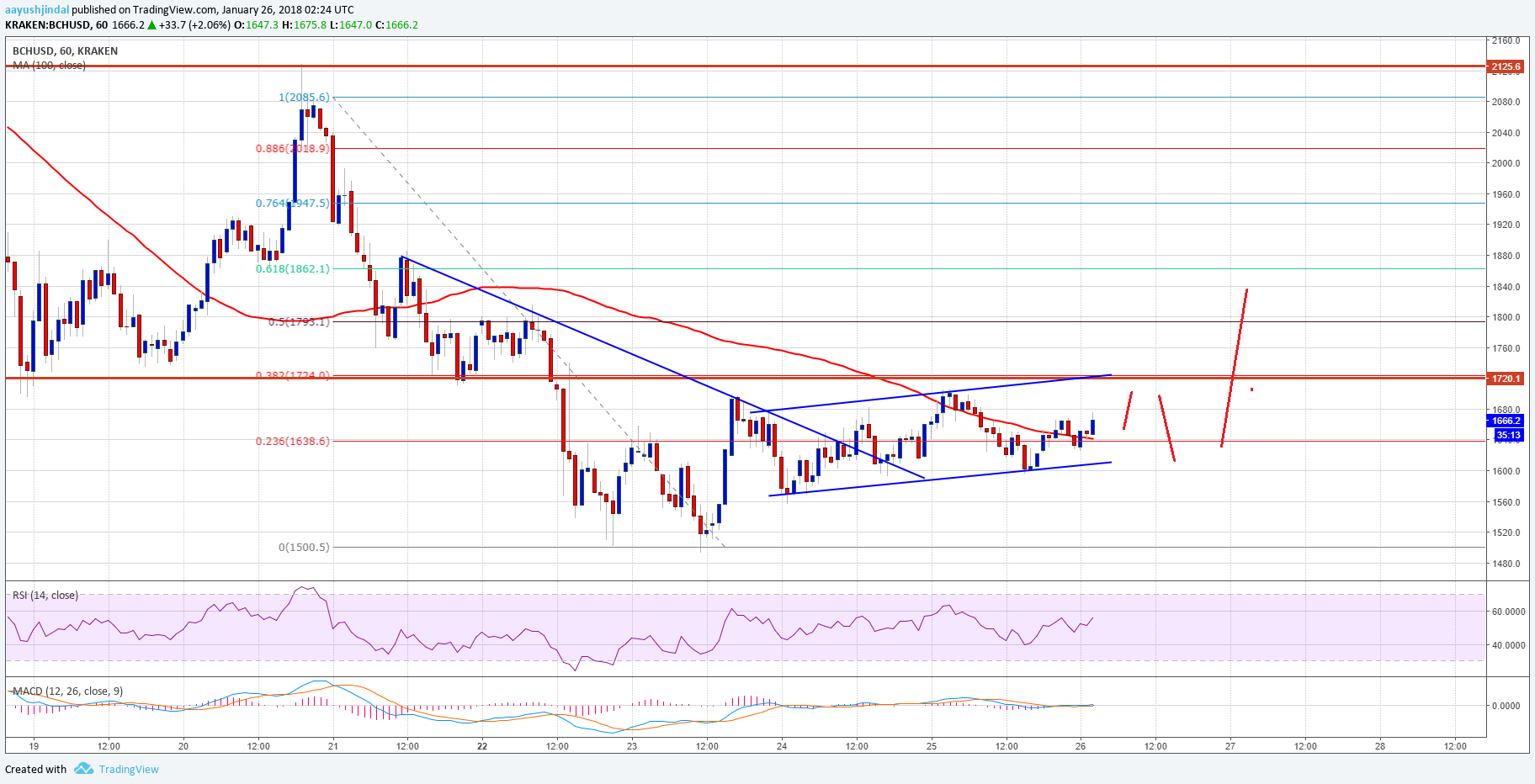 Hourly MACD – The MACD for BCH/USD is positive, but there is no major bullish signal.

Hourly RSI (Relative Strength Index) – The RSI for BCH/USD is currently moving higher above the 50 level.