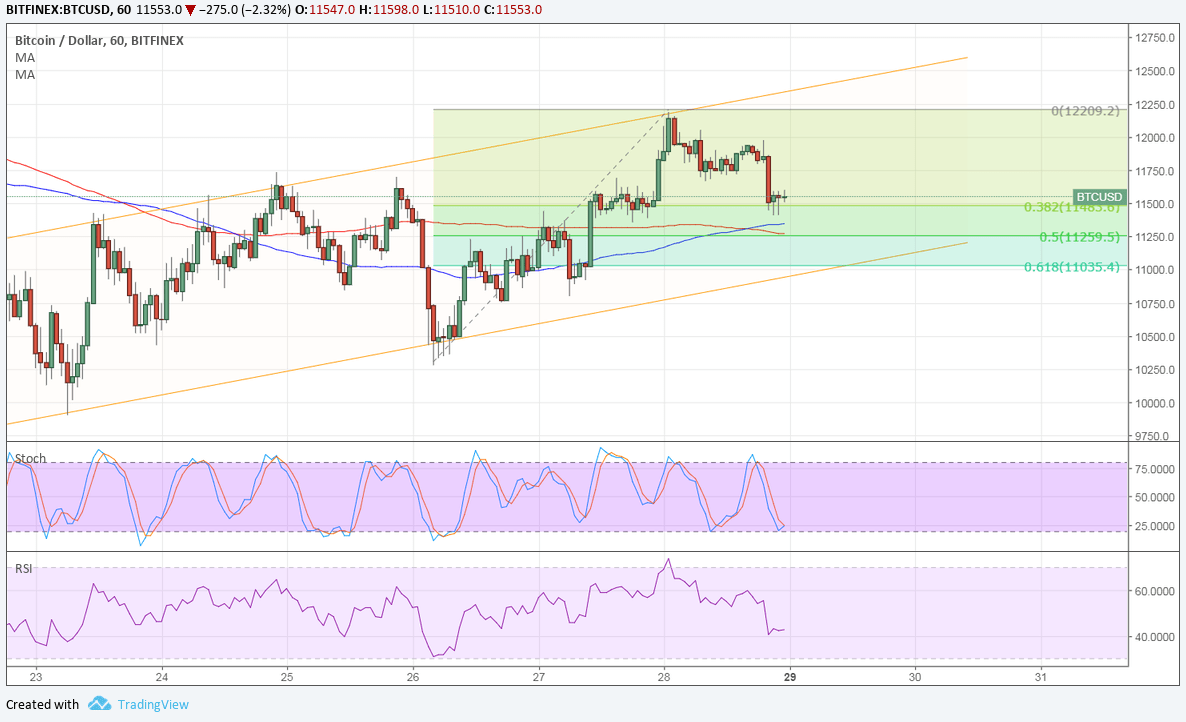 Bitcoin price is starting a slow and steady climb, testing support at the Fibonacci retracement levels before possibly resuming the uptrend.

The 100 SMA just crossed above the longer-term 200 SMA to indicate that the path of least resistance is to the upside. This means that the uptrend is more likely to continue than to reverse.

In addition, the moving averages are close to the 50% Fibonacci retracement level, which is just above the channel support. A larger correction could make it all the way down to the bottom of the channel around $11,000, and a break below this could signal a pickup in bearish momentum.

Stochastic is on the move down to indicate that sellers have the upper hand for now. Similarly RSI has room to fall, so bitcoin price might follow suit. Once both oscillators hit oversold regions and turn higher, bulls could return stronger and push price up to the $12,200 swing high or $12,500 channel resistance and beyond. Another exchange shutdown on hacking weighed heavily on bitcoin price as investors continued to worry about security issues. It doesn’t help that the concerns about the crackdown in South Korea, China, and India are still in play and discouraging more buyers to join in.

Apart from that, a crypto rating agency noted that Ethereum and Ripple are better than bitcoin, so any influx in funds could favor those rival altcoins instead.

However, dollar weakness has led to some support for BTCUSD after the advanced GDP report turned out weaker than expected, casting doubts about Fed tightening. The FOMC has a policy statement scheduled this week and this could also lead to more dollar volatility against bitcoin price.