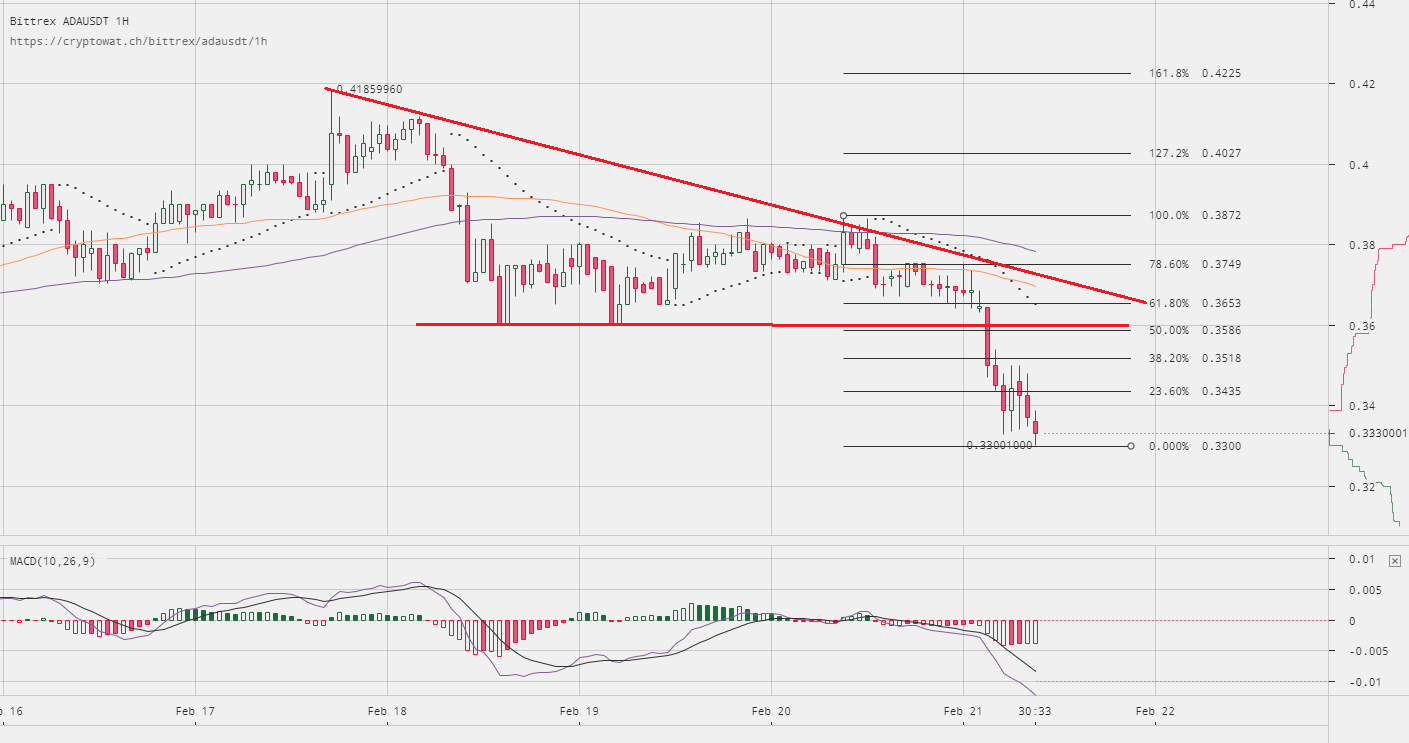 Next Article: Venezuela – Cheapest Country to Mine Crypto as El Petro is Launched

Cardano price extended its decline against the US Dollar and Bitcoin. ADA/USD is now in a bearish zone and it may continue to decline towards $0.3000.

In the last analysis, we discussed the chances of further declines below $0.3600 in ADA price against the US Dollar. The price failed to move above the $0.4000 resistance and started a downside move. It declined sharply and broke the $0.3600 and $0.3500 support levels. There was a lot of pressure on ADA, which pushed its price below the $0.3400 level as well.

Hourly MACD – The MACD for ADA/USD is showing a low of bearish signs.

Hourly RSI – The RSI for ADA/USD is now near the oversold levels.