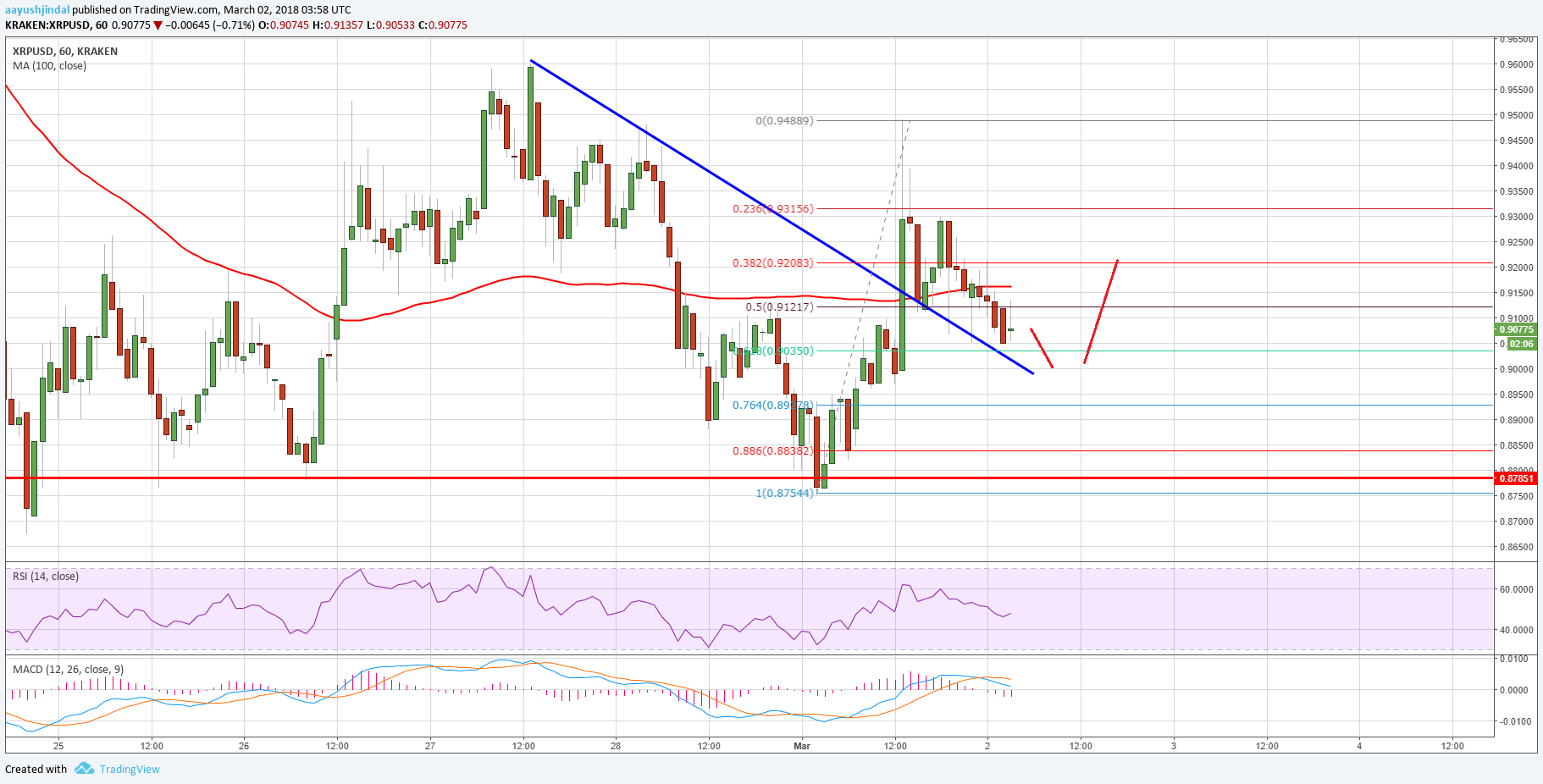 Ripple price was not able to capitalize on gains against the US Dollar and Bitcoin. XRP/USD is back below the 100 hourly SMA and the $0.9200 support.

There was a minor upside move initiated from the $0.8700 swing low in Ripple price against the US Dollar. The price moved higher and broke the $0.9000 resistance. There was also a break above the $0.9200 resistance and the 100 hourly simple moving average. Buyers pushed the price above the 50% Fib retracement level of the last drop from the $0.9597 high to $0.8749 low.

During the upside, there was a break above a connecting bearish trend line with resistance at $0.9110 on the hourly chart of the XRP/USD pair. However, the upside move was capped by the $0.9500 resistance. A high was formed near $0.9488 from where the price started a fresh downside wave. The decline was substantial as the price moved below the 50% Fib retracement level of the last wave from the $0.8754 low to $0.8488 high. Moreover, there was a close below the $0.9200 level and the 100 hourly SMA.

It seems like the price was able to capitalize on gains above $0.9200 and declined. It is currently trading near the same broken trend line at $0.9080, which is acting as a support. As long as the price is above $0.9050, it could make another upside attempt.

Hourly MACD – The MACD for XRP/USD is now back in the bearish zone.