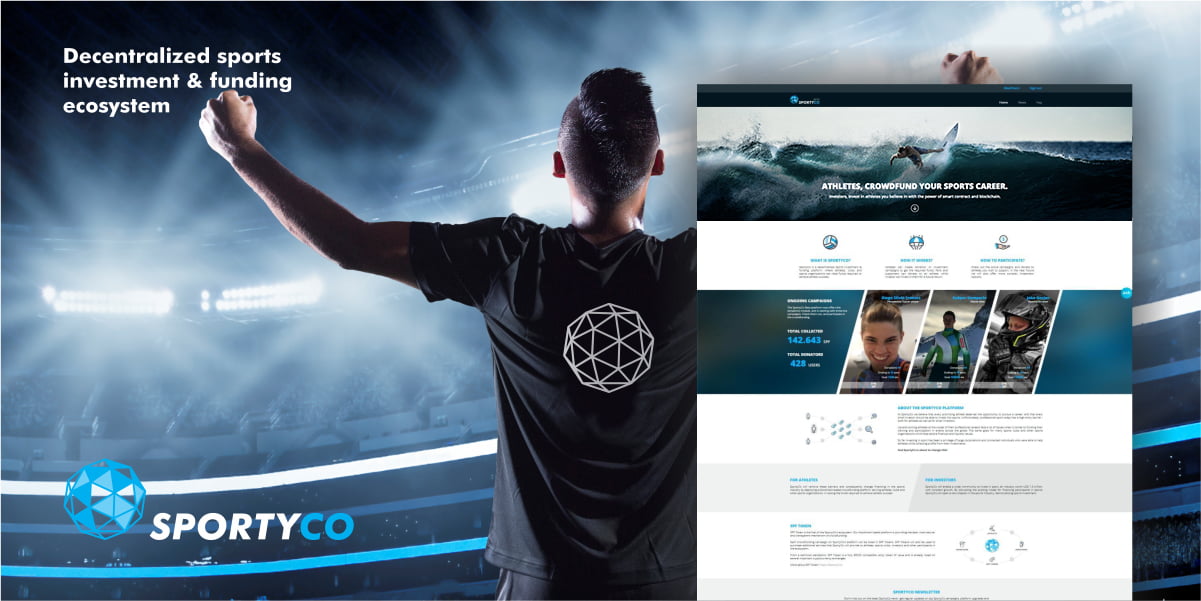 SportyCo, the decentralized sports investment and funding ecosystem, has released a beta version of their platform. The SportyCo platform enables prospective athletes to receive donations from fans and supporters. The full release version of the platform is expected at the end of March. This will also enable small investors to finance prospective athletes for a percentage of their future earnings.

The token crowd sale was successfully concluded less than three months ago during which approximately 70 million non-mineable SPF tokens were released to crowd sale participants, ambassadors and the SportyCo team. Since then the team has already launched the platform and are on track with their roadmap.

The project is supported by several sports stars, such as football legends Ronaldinho and Roberto Carlos, former NBA center and Cleveland Cavaliers scout Primož Brezec, and ski jumper Noriaki Kasai. SportyCo is also advised by notable names from the cryptocurrency industry, including Charlie Shrem, Phillip Nunn and Robby Schwertner, among others.

The new platform, launched in Beta, comes with three up and coming athletes collecting donations for furthering their respective careers. Gasper Kemperle is an up and coming Slovenian skier, whose achievements include 3rd place at the FIS U18 Championship. Diego Silvio Franzot, a 17 year-old football player from Italy, is currently studying and playing at IMG Academy in Bradenton, Florida, USA. Jaka Gorjan is one of the biggest talents of motorcycle racing at just eleven years old. He has plans to win an Italian and European championship this year.

Other athletes will be joining these three during the test period with the full platform set to launch at the end of March. Along with the main release will be an investment module which allows small sports investors to not only donate, but also invest into prospective athletes via long-term smart contracts.

The ethos of SportyCo is that every promising athlete deserves a chance to follow a professional career and every investor should be able to back the athlete they believe in. Their mission is to open up the $1.3 trillion sports industry to small investors, democratizing sports investment, and opening a new chapter in the sports industry.

For more details check out the SportyCo Website and come chat with the team on Telegram.